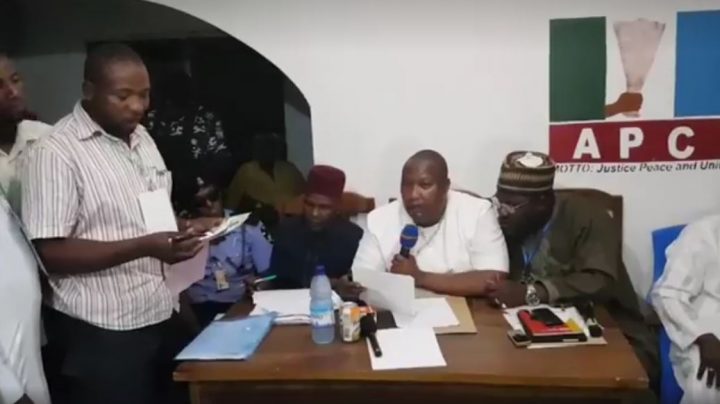 Collation of results of the Adamawa All Progressives Congress (APC) governorship primaries has begun amidst protest by two of the three aspirants, Malam Nuhu Ribadu and Dr Mahmood Halilu.

The News Agency of Nigeria (NAN) reports that the two aspirants distanced themselves from the primaries which they insisted did not hold.

According to Halilu, there was late arrival of materials and “what happened in the evening when it was dark was simply the allocation of marks by the State Government agents who hijacked the exercise.

” As far as I am concerned, the Governorship Primary election has not been conducted in the state.

” What we experienced in yesterday’s election was unpatriotic, some people just sat down and declared fake results,” he said.

Halilu observed that no accreditation took place anywhere inline with the primaries requirement.

“I Mahmood Halilu, an aspirant wish to condemn the exercise in its entirety and channel my grievance to the committee.”

Also speaking on the primaries, Ribadu called on the National Working Committee (NWC) to cancel the exercise.

“No election has taken place anywhere in Adamawa and it is therefore impossible to declare any result. This is our demand and we want justice to be done,” he said.