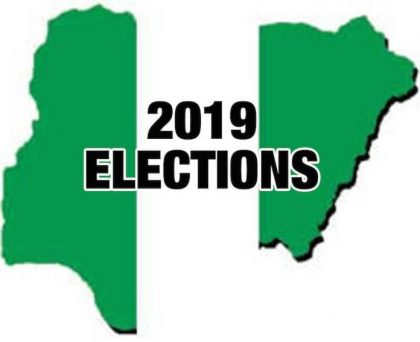 The Convener of the group, Mr Clement Nwankwo, made the call at “Situation Room Dialogue Session’’ with the Independent National Electoral Commission (INEC) in Abuja.

Nwankwo said that no matter how well INEC conducted any election, if the security agents were not working to support it, the process would not be successful.

He described the recent primary elections conducted by political parties as “disasters’’, saying that “in most cases security agents played partisan roles.’’

“A situation where political parties circumvent and compromise all of the agencies is not a good one and we have seen this come to play in many elections.

“I have no reason to understand why a political party will be conducting primaries and a security service, particularly the police, will be interfering.
“In Imo state for instance, one of the persons conducting the primaries said when he arrived he went to deposit sensitive materials with the commissioner of police.

Nwankwo said that the issues needed to be addressed with the Inspector-General of Police in order to chart a positive way ahead of the 2019 elections.

According to him, Nigeria cannot have a situation where commissioners of police are the security arms of political parties or meddling with them.

He said that security agents had no business with political parties unless as directed by INEC.

“I plead that as we go into 2019 the police must be very careful that it does not become the major truncating force of our democracy in Nigeria by its inability to refrain from partisanship,’’ Nwankwo said.

He said that security agencies’ partisanship was a major issue of concern that needed urgent attention and urged CSOs to do something to bring the issue to an end.

The convener also expressed worry over the undemocratic ways that some political parties conducted their primaries, saying that it reduced the number of women vying for electoral positions.

Responding, the Inspector-General of Police, Mr Ibrahim Idris, who was represented by Mr Kenneth Ebrimson of Federal Operations, Police Headquarters, said that the force had been reviewing its coverage of elections.

Idris said that with each election, the force got new insight into the issues, adding that the lapses that occurred in the Rivers, Anambra, Ekiti and Osun elections had been reviewed.

This, he said, was with the view of improving security measures during elections as the force was also partnering sister agencies for credible elections in 2019.

On his part, INEC Chairman, Prof. Mahmood Yakubu, said that preparations were in top gear towards the 2019 general elections.

He disclosed that the commission was on the third event, which was submission of nominations by political parties, out of its 14 agenda.

Yakubu said that out of the 91 political parties, only 89 submitted notice to conduct primaries and as at Oct.16, only eight parties had filed in their nominations.

He said that for those who registered in the second quarter, their cards would be ready by the end of November and collection would begin in December till a week to elections in 2019.

Yakubu, however, said that the commission budgeted N189.2 billion for the conduct of the 2019 elections, it was reduced by N200 million to N189 billion. (NAN)