Some aggrieved aspirants under the aegis of All Progressives Congress (APC) Aspirants Forum, have called on President Muhammadu Buhari, to prevail on the party leadership to ensure that justice is done to their grievances. 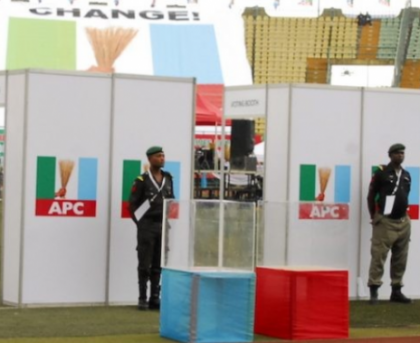 Mr. Yusuf Banki, Secretary of the forum, made the call at a news conference on Friday in Abuja.

Banki said that all aspirants across the country had collectively made huge sacrifices and contributions to the success of the party and strengthened the mass follower-ship being enjoyed by the party.

He said that every aggrieved aspirant within the part must be encouraged to ensure the success of the party in the 2019 general elections.

According to him, “nobody shall be used and dumped as in the past, and each and every member will be carried along by the APC administration led by President Muhammadu Buhari.

“In addition, in line with our party’s strong resolve, the increase in the participation of women and youths is the primary focus of the 2019 elections to ensure that we continue to strengthen our democracy.

“Majority of the victims of injustice and impunity during the recently concluded primary election are the women and youths.

“We are appealing to all our aggrieved members across the country to be calm, remain steadfast, committed, and loyal to Mr. President as we are working closely with him to address our grievances.

“The APC Aspirants Forum is a platform that was set up since 2014 to strengthen and complement the efforts of the Party to ensure the popularity, spread, and victory of the Party’s aspirants and candidates throughout the nation.

“We have over 7,000 registered members and over 200 affiliated political groups, NGOs and Civil Society Organizations,” he said.

Banki explained that the APC decided to reward the new entrants into the party at the detriment of the loyal and committee members of the party during the just concluded primaries across the country.

Mall Umar Ali, a governorship aspirant from Yobe, alleged he was shortchanged by the party leadership in the state, adding that their grievances could affect the fortune of the party if not addressed.

Ali, however, accused the National Working Committee of the party of injustice and called for its dissolution.

According to him, there will be problem for the APC if all the aggrieved aspirants were not carried along. (NAN)