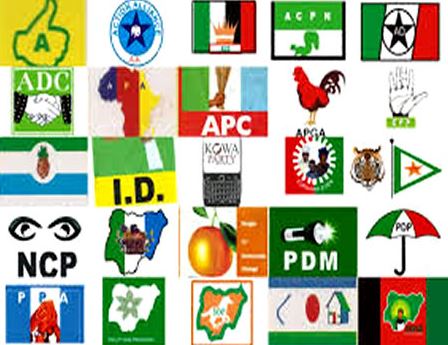 The Independent National Electoral Commission (INEC) on Thursday published the forms and particulars of political parties’ candidates submitted for 2019 general elections at its offices across the federation, for the purpose of claims and objections.

Report say that in Abuja the list were displayed outside the INEC Federal Capital Territory office.

NAN reports that the number of the presidential candidates could not be ascertained as the commission was still photocopying and pasting the forms and particulars in batches as at 8.20 p.m.

The sources said that list of the nominated candidates would be published by Jan. 17, 2019 as stipulated by in elections timetable.

Another sources said that the number of political parties that submitted forms for presidential election was more than 70.

The particulars of the presidential candidates already pasted included,
President Muhammadu Buhari of the All Progressives Congress (APC) and that of his Vice President, Prof. Yemi Osinbajo.

Also published was particulars of Atiku Abubakar, the presidential candidate of the Peoples Democratic Party (PDP) and that of his running mate, Peter Obi.

Also on the list was Donald Duke for the Social Democratic Party and Junaid Mohammad as running mate.

Also pasted was the particulars of 22 candidates for one FCT Senatorial District seat and 24
candidates for two FCT House of Representatives seats.

Those for the House of Representatives (AMAC-Bwari) are Lamorde Hallilu, APC; Micah Jiba, PDP; and Ene Idoko-Abel, ADC.