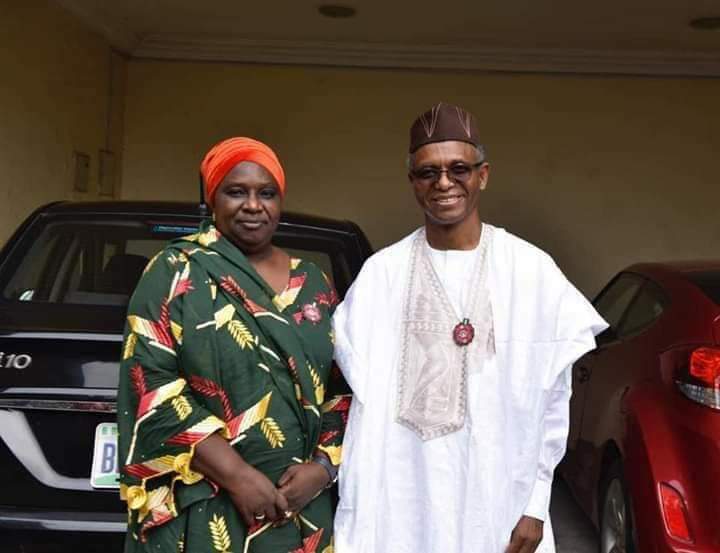 Samuel Aruwan, Kaduna: Kaduna State Governor Nasir El-Rufai has announced the selection of Dr. Hadiza Balarabe as his running mate for the 2019 general election. The choice of Dr. Hadiza Balarabe as running mate continues Malam Nasir El-Rufai’s deliberate policy of promoting women. There are five female commissioners in his 14-person cabinet, a feat not attained even by governors that had much larger cabinets. This is the first time in the history of Kaduna State that a major political party will select a woman as running mate.

The incumbent Deputy Governor, Arc. Barnabas Yusuf Bala, has opted to go to the National Assembly and has since emerged as the APC’s candidate for the southern Kaduna senatorial district.

Dr. Hadiza Balarabe is the current Executive Secretary of the Kaduna State Primary Health Care Development Agency, a position she has held since February 2016. In that role she has overseen the Kaduna State Government’s programme to revitalise and strengthen primary health care as the core of health service delivery in the state. Under her watch, the state is renovating and equipping 255 primary health centres with tools to assist better antenatal services and safer delivery. The agency has also helped expand vaccine coverage to protect children across the state.

Prior to joining the Kaduna State Government, Dr. Hadiza Balarabe was Director of Public Health in the FCT. She studied Medicine at the University of Maiduguri, and graduated in 1988. She was a Senior Registrar at the Ahmadu Bello University Teaching Hospital before joining the services of the FCT in 2004.

Dr. Hadiza Balarabe, who was born in 1966, is from Sanga local government which is located in the southern Kaduna senatorial district.