Foreign Affairs Minister, Geoffrey Onyeama, says 2019 election is not a matter of `life or death’ for President Muhammadu Buhari ­ because he will be happy to accept the verdict of the electorate. 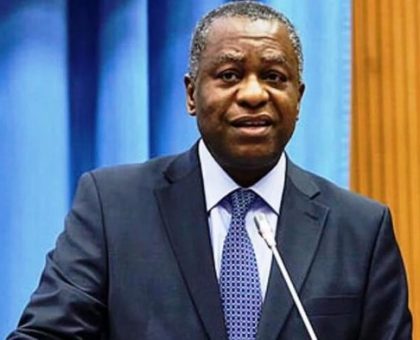 Onyeama in an interview the News Agency of Nigeria (NAN) said that  all the president wants to do is to create a level playing field for all the political parties.

“He is fully committed to ensuring that the next election in 2019 is free, fair and transparent and that each vote should count.

“ I think most importantly for him, it is not a matter of life or death. That is where he is coming from. He is very happy to accept whatever the outcome is and the will of the people.

“He doesn’t want to interfere with the process, he wants INEC to be totally independent for them to do the right thing.

“He is ready to invest and provide all the resources for them to be totally independent,” he said.

He recalled that Buhari almost did not purchase the nomination form but for the intervention of well-wishers.

Onyeama gave the assured Nigerians that Buhari is going to practice what he preach.

“He has been to Supreme Court to challenge election, he has been on the other side; he appreciates more than anyone else the importance of free, fair and transparent election.

“He always said that the electronic process that has been introduced helping to take away the human element has been the game-changer, something that he loves, so he believes in free and fair election,” he said.

Onyeama said that Buhari would show good example to West African and other countries by practicing what he preaches.

He said that the president led the intervention of ECOWAS in the Gambia and sent special envoys to Mali, Guinea Bissau, and Togo to ensure democratically elected government in those countries

“He sent me as envoy to Togo to help them to push for a transparent and fair process as they are also prepare for legislative election.

“He went to the International Criminal Court as a special guest of honour and delivered a speech to the world about the importance and the rule of law and fair election,” he said.(NAN)