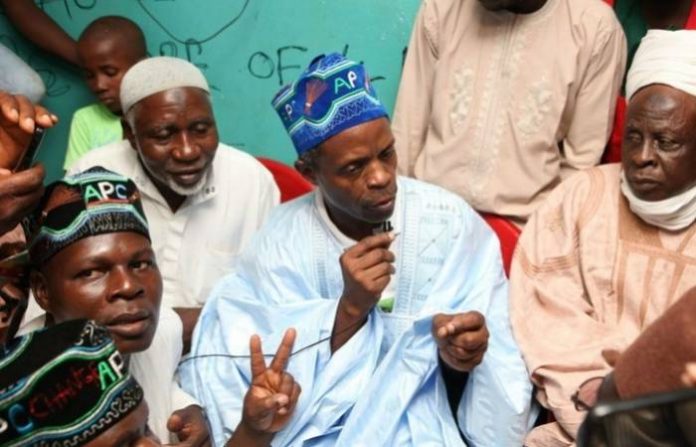 The leader, who doubles as the Chairman of the Chieftaincy Council of Arewa in Lagos State, alongside members of his council, received the vice president amidst fanfare in his palace in Agege.

The vice president who arrived at the palace at about 4 p.m., was greeted by a large crowd who chanted President Muhammadu Buhari’s name in different songs as they escorted him to the palace.

A meeting, which was held in closed-door between the vice president and the leader with his council, lasted for about 45 minutes.

He said they would vote massively for All Progressives Congress (APC) in 2019 elections because they wanted continuity of good governance in Lagos State and Nigeria at large.

“We are very happy with Vice President Yemi Osinbajo’s visit to Arewa Community leaders in Agege. We are excited to see the vice president.

Among those in Vice President Osinbajo’s entourages were the Senior Special Adviser to President on Political Matters, Sen. Babafemi Ojudu and Executive Secretary for Transportation, FCT. (NAN)