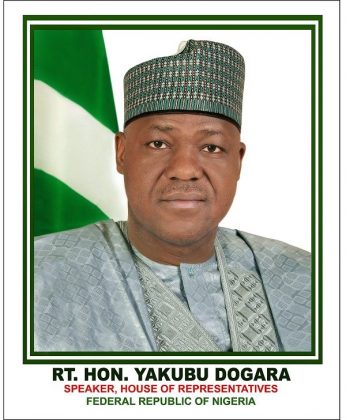 The Kogi State House of Assembly has commended the Speaker of the House of Representatives, Mr Yakubu Dogara, for his efforts toward reviving the comatose Ajaokuta Steel Company Limited.

The Lawmakers said they recognised Dodara’s leadership and advocacy in revitalising the steel company ”which has the potential of generating over three million jobs when fully functional.”

The Speaker of the state assembly, Mr Prince Kolawole, gave the commendation in a letter released to the News Agency of Nigeria (NAN), on Friday in Abuja, by Turaki Hassan, Special Adviser on Media to Dogara.

According to the letter, the lawmakers said they deliberated exhaustively on Dogara’s working visit to the state for an on-the-spot assessment, and his personal determination to revitalise the moribund steel company.

“The Assembly, do herewith and accordingly, forward to your good offices its commendation for your personal and official roles in making Ajaokuta Steel Company work again,” the Kogi legislators said.

They further urged Dogara to continue with the good works of providing better legislation for the Country.

NAN reports that Dogara had, on Feb. 12, led some lawmakers on a visit to Ajaokuta.

Thereafter, the House, which organised a special sectoral debate on reviving the
company in a plenary, consequently passed a resolution stopping all actions that could lead to the concessioning of the steel company. (NAN)