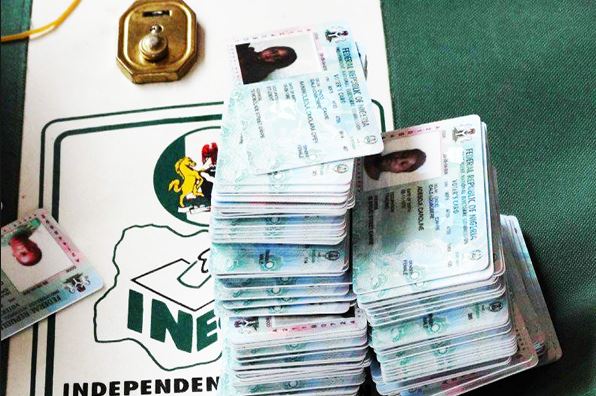 The Independent National Electoral Commission (INEC) said on Thursday that 85 per cent of the 1.6 million registered voters in Kogi State had collected their Permanent Voter Cards (PVCs) as at Feb. 6.

Mr Ahmed Biambo, the Director of Voter Education and Publicity in the state INEC office, disclosed this in Lokoja at the North Central Zonal Implementation Meeting on Gender and 2019 General Elections.

The News Agency of Nigeria (NAN) reports that the meeting was organised by INEC in collaboration with the Nigerian Women Trust Fund for Civil Society Oganisations (CSOs).

According to Biambo, 85 per cent, which represent about 1,360,000 PVCs of the total registered voters of 1.6 million had been distributed as at Feb. 6.

He said there was a massive turnout by registered voters to get their PVCs between last month and now, adding that the collection would close by 5 p.m on Jan. 8.

Biambo said that INEC had engaged traditional and religious leaders to preach peace and harmony to their followers in their various communities and worship centres; and they had been very supportive.

“We have also made provision for people living with disabilities, including pregnant women to be first attended to at the polling units.

“We have had some special interaction with Civil Society Organisations (CSOs) and they have been of good assistance in publicity and educating the people.

“Our local government officials have also been going to football fields, viewing centres to sensitise youths against election violence.

“The INEC office in Kogi has been holding meetings with security agencies in the state to ensure violence-free elections.

“We are 99 per cent ready for the general elections in Kogi State,” the INEC official said.

Biambo reiterated that INEC would never allow under-age voting in any election under any guise.

Earlier, Mrs Mufuliat Fijabi, the CEO, Nigerian Women Trust Fund, said that women’s participation in election added value to boosting democratic processes, adding that efforts should be made to ensure that women came out to vote.

“We are educating women that election day is not a time to stay at home to do domestic work; women have a great role to play through their vote on election day.

“This meeting is to further sensitise women, especially through the CSOs, to ensure that every part of the North-Central Zone participate in the upcoming general elections,” Fijabi said.

She urged the security operatives to be very friendly on election day and not to cause any action that would intimidate voters, especially women.