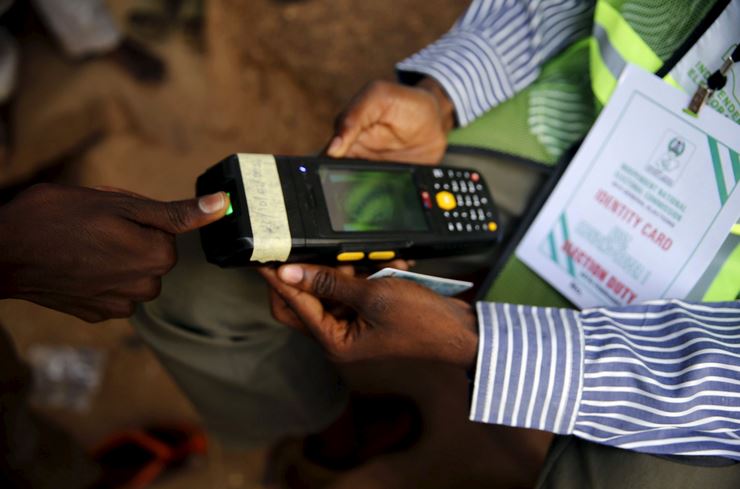 Ahead of the March 9 Governorship and State Houses of Assembly Elections, voters in Bauchi have urged INEC to ensure that its smart card readers function effectively.

They made the call in  interviews with the News Agency of Nigeria (NAN)  on Thursday  against the backdrop of several incidents when the card readers malfunctioned in polling stations  across the country.

A voter, Malam Aliyu Manga, decried the failure of the gadget in the just concluded presidential and national assembly polls when it was his turn to get accredited at a polling unit.

He also witnessed similar situations in Misau at a polling station.

“I witnessed many cases that posed set back during the election where the card reader had rejected fingerprints, and consequently delayed the entire process ,” he said.

He urged INEC to tackle the  challenges of card readers before the next elections to ensure a free and fair election.

A politician, Alhaji Yusuf Garba, said cases of malfunctioning of card readers were worrisome during  the last elections, stressing that such a device needed to  guarantee the credibility of the exercise.

He said that manual verification of voters could pave the way for electoral fraud, leading to compromise of results.

“Nigeria should have gone beyond cases of failed card readers to achieve credible elections process.

“Voters are concerned that the card readers are not working; that might cause delay and unpalatable voting process in the country,” he said.

Malam  Hashimu Mohammed, a public commentator, said the card readers were meant to be configured  for specific polling units.

He said that no two polling units  would  have the same card reader during an election for the purpose of credibility.

“That means PVCs could not be used in multiple polling units.

“Beside that, INEC officials and ad-hoc staff had issues in some of the poling Units, which is too bad for the system.

“In Polling Unit I visited as an observer at the last elections, voting did not begin until 11:10 a.m as a result of smart card readers’ failure,” Mohammed said.

“ We started voting at our poling unit by 11.55 a.m. due to  a faulty card reader which delayed voting in the area.

She, however, appealed to INEC to sort out the  hitches before the next Governorship and Houses of Assembly elections.

The News Agency of Nigeria reported that the card reader was initiated as an anti-electoral fraud device and was introduced to enhance the integrity of voting process and dissuade multiple voting.