The Forum of Political Parties’ Chairmen in Kaduna State has endorsed Gov. Nasiru El-Rufai, as their consensus candidate for Saturday’s governorship election. 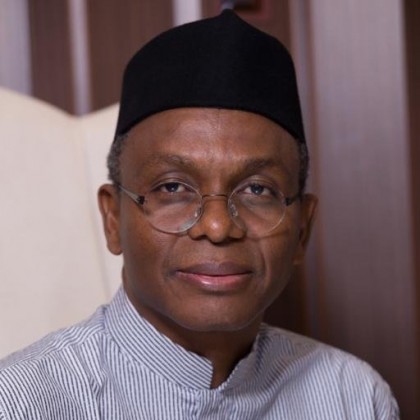 Alhaji Mohammad Haruna, leader of the forum and State Chairman of the Grassroots Development Party of Nigeria (GDPN) disclosed this on Thursday in Kaduna.

Haruna called on all members the political parties across the state to equally vote El-Rufai of the All Progressives Congress (APC).

He said that the Peoples Democratic Party (PDP) had ruled the state for 16 years, with nothing to show for it, until the current administration of APC came to power in the state.

“Kaduna State under Gov El-Rufai was the first state in the federation to give local government chairmen financial autonomy and equally encourage them to execute projects for the benefit of those at the grassroots.

“Also, investors from across the globe have shown great interest to come and invest in Kaduna State.

He said the state had witnessed a change in the areas of road construction, hospitals, schools, and general infrastructure development,” he said.

The News Agency of Nigeria (NAN) reports that about 25 political parties took part in the endorsement including APP, PCP FRESH, GDPN, ANRP, NUP AGAP, ANRP, NDLP, C4C, YDP, among others.