Gov. Abdulaziz Yari of Zamfara has attributed the successes recorded by the All Progressives Congress (APC) during the Feb. 23 and March 9 general elections in the state despite the party’s crisis to “divine intervention’’. 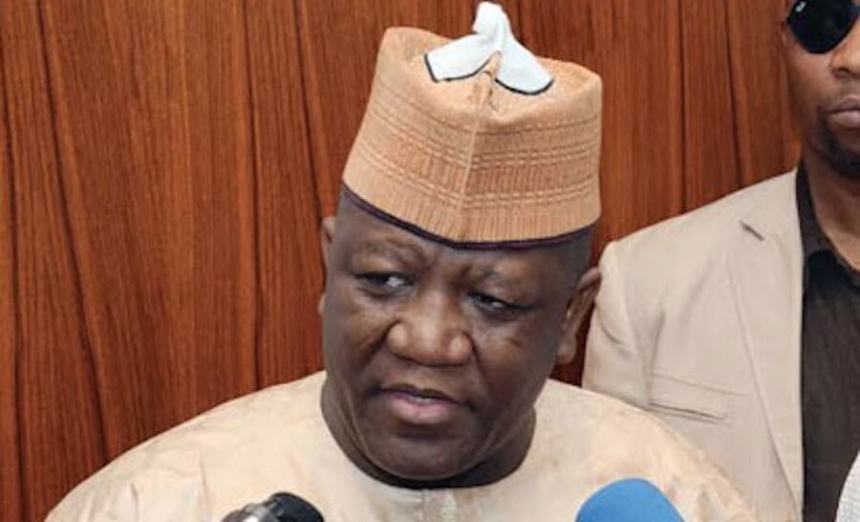 Yari disclosed this when he fielded questions from State House correspondents in Abuja on Friday.

The News Agency of Nigeria (NAN) reports that the APC was allowed to field candidates for all the elections in the state only a week before the first day of elections (Feb. 23) when a Court of Appeal in Sokoto, Sokoto State, reversed an earlier decision of a lower court, which had banned the party from the elections.

The Zamfara State Collation Officer, Prof. Kabir Bala of the Ahmadu Bello (ABU) Zaria, had announced that the APC Presidential candidate, President Buhari, won the Feb. 23 presidential election in the state with 438,682 votes while the candidate of the Peoples Democratic Party, Atiku Abubakar, scored 125,423 votes.

Bala also disclosed that the APC had won the three senatorial seats and the seven seats in the House of Representatives from the state in Feb. 23 presidential and parliamentary elections.

He said the APC governorship candidate won the state governorship election with 534,541 to defeat Bello Muhammad Mutawalle of the Peoples Democratic Party (PDP) who got 189,452 while the APC also won all the 24 seats in the Zamfara State House of Assembly.

Yari, who spoke to State House correspondents in Abuja on Friday, said he was happy with the outcome of the elections, saying that it was God that gave this political victory to the APC in the state.

He said: “You know the turmoil that Zamfara elections put on Nigeria, disagreements upon disagreements, from the party to court and then to the Independent National Electoral Commission (INEC) which disagreed.

”Then, we went back to court and finally under 24 hours, we were cleared and we were back on the ballot box.

“Only God has done this and given us the victory.

“I am very happy with the outcome of the elections. I also want to appreciate my people, despite the fact that some people felt I was carried away by the activities at the centre, insinuating I abandoned the seat, especially with the security problem, but the people are aware of what the administration has been doing and they appreciate it.

“Despite the daily attacks, the security agencies were up and doing and their presence in the state was well appreciated by the people.

“They also appreciated the efforts of Mr President which took us to where we are. Like I said only God could have done it.’’

The governor also disclosed that he had succeeded in reconciling all the aggrieved APC aspirants in the state.

He said his past experience as party chairman in the state, member, House of Representatives and governor for eight years had helped him to restore peace and tranquillity within the governing APC in the state.

“In my state, there were only seven or eight people contesting for the governorship position and I have said it that if I could preside over primaries where 18 people contested and succeeded, why can’t I manage eight, nine or 10 in my state?

“I have been on the ground since 1999 to date and I know the system and how it works. I have been party secretary, party chairman, House of Representative and a two-term Governor, is with this experience that I was able to manage.

“Unfortunately, there was a lot of misunderstanding between the party in the state and the national body but in the end, we ended in the court and the court gave the verdict and INEC compiled.

“Though it came late, if you are with the grassroots definitely everything must work well. The people appreciated what we have been doing and when it came to voting, they voted wisely,’’ he added.

Yari, whose tenure as chairman of the Nigeria Governors’ Forum would expire by May 29, expressed the hope that the forum would remain united and work in tandem with the federal government’s agenda.

NEWER POSTU.S. to deny visas to anyone involved in ICC investigations against U.S. personnel
OLDER POSTNaira gains against dollar at investors window