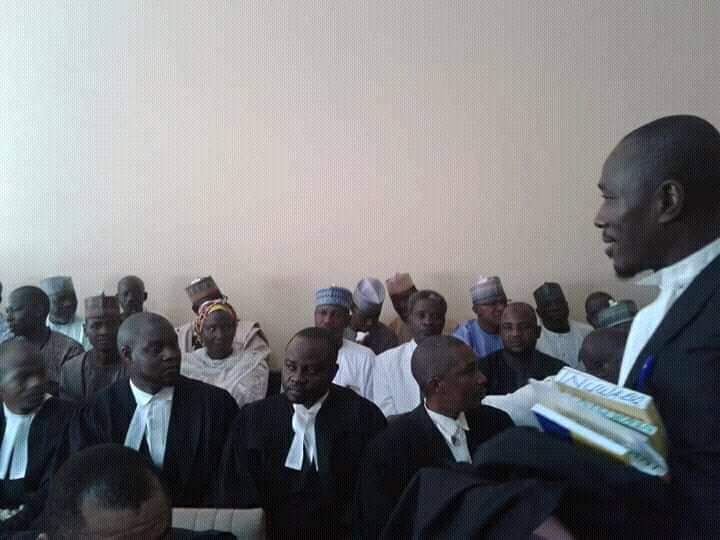 A Yola High Court presided over by Justice Abdul-Azeez Waziri has fixed March 26 for ruling on a motion challenging the jurisdiction of the court to entertain the case restraining INEC from conducting the March 23 supplementary governorship election in Adamawa.

Waziri also extended an earlier interim injunction the court granted on March 14 restraining INEC from conducting the election pending the hearing and determination of the motion on notice which would also be ruled upon on March 26.

The Adamawa Chapter of the Movement for the Restoration and Defence of Democracy (MRDD) and its gubernatorial candidate, Rev. Eric Theman, had earlier dragged INEC to court over the absence of the party logo on the ballot paper of the inconclusive election.

At the resumed hearing of the case on Thursday, counsel to INEC, Mr Tanimu Inuwa (SAN) had challenged the jurisdiction of the court, citing Section 285 (2) of the constitution and the electoral Act.

Inuwa also argued that MRDD did not have a governorship candidate as Rev. Eric Theman was not validly nominated, adding that Form CF002 was the prescribed form for nomination, which was not filed by MRDD.

“Mere submission of a letter does not transform to nomination,’’ Inuwa argued.

He, therefore, urged the court strike out the case as the plaintiffs have “no loco standi’’ to file the case, adding that there was need to avoid a constitutional crisis as the governorship election must be done not later than 30 days to the expiration of the incumbent governor’s tenure.

Counsel to the plaintiffs (MRDD and Theman), Mr Yemi Pitan, while responding on point of law, argued that the court had jurisdiction on the matter, citing Section 251 of the constitution and Section 315 of the Electoral Act.

Pitan urged the court grant his clients prayers to among others, suspend the inconclusive governorship election in Adamawa, to enable INEC do the needful by including the MRDD logo on the ballot paper.

While adjourning the case for ruling on March 26, Justice Waziri assured that the case would be handled within the necessary period that would not give room for any constitutional problem.