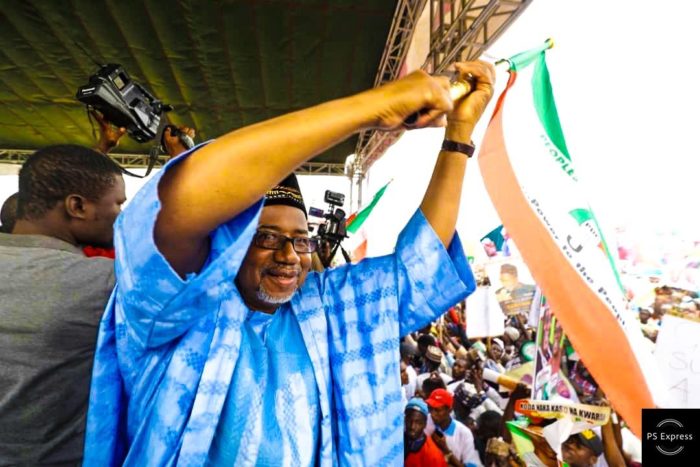 BSenator Bala Mohammed of the People’s Democratic Party has emerged the new Governor of Bauchi state, polling 515,113 votes to defeat the incumbent Alhaji Mohammed Abubakar of the All Progressives Congress APC who scored 500,625 votes.

News Agency of Nigeria reports that the governorship election in the state had earlier been ruled as inconclusive by INEC and March 23 fixed for re-rerun poll in Tafawa Balewa local government area and some polling units in some other local government areas of the State.

INEC later reversed itself as it ordered the collation of the results. This followed a fact-finding report by a panel led by an INEC commissioner Festus Okoye.

The court initially ruled to stall INEC’s action, but on Monday, the court gave INEC the go-ahead to conclude the collation.

The Returning officer Professor Mohammed Kyari declared Bala Mohammed, a former senator and minister of the Federal Capital Territory as the winner of the election on Monday night.

“Bala Mohammed having scored the highest votes and satisfied all the requirements of the law is hereby declared Winner of the Governorship election in the state”, he said.

“In any contest there will be a winner and a loser”. He urged the politicians not to gloat in victory.

But the advice was not heeded by supporters of Bala Mohammed, who turned the celebration of the victory into a carnival, as they took over the popular Ahmadu Bello Way, singing ‘Sai Kaura’, drumming, blowing flutes, trumpets and saxophones and dancing to the tunes of a variety of music. Motor-cyclists joined in the revelry with acrobatic displays.

“We are celebrating the outcome of the results of the election as INEC finally declared the man of the people, Sen. Bala Muhammed the winner of the governorship race.

“This is what we have been praying for and God has answered the cry of the masses,” she said.

Mrs Abigail Haruna, who also joined the celebration, said the governor-elect was a good man with a high spirit of patriotism.

She said the people believed that the new governor would take care of them.

“I am very happy that I am witnessing today that the change we wanted is actualised”, said Mr. Ismail Raji, another Bauchi resident.

“I thank God that the final result favoured the Peoples Democratic Party and Senator Bala Muhammed in particular. Bala Muhammed is the change we wanted in Bauchi state,” Raji said.