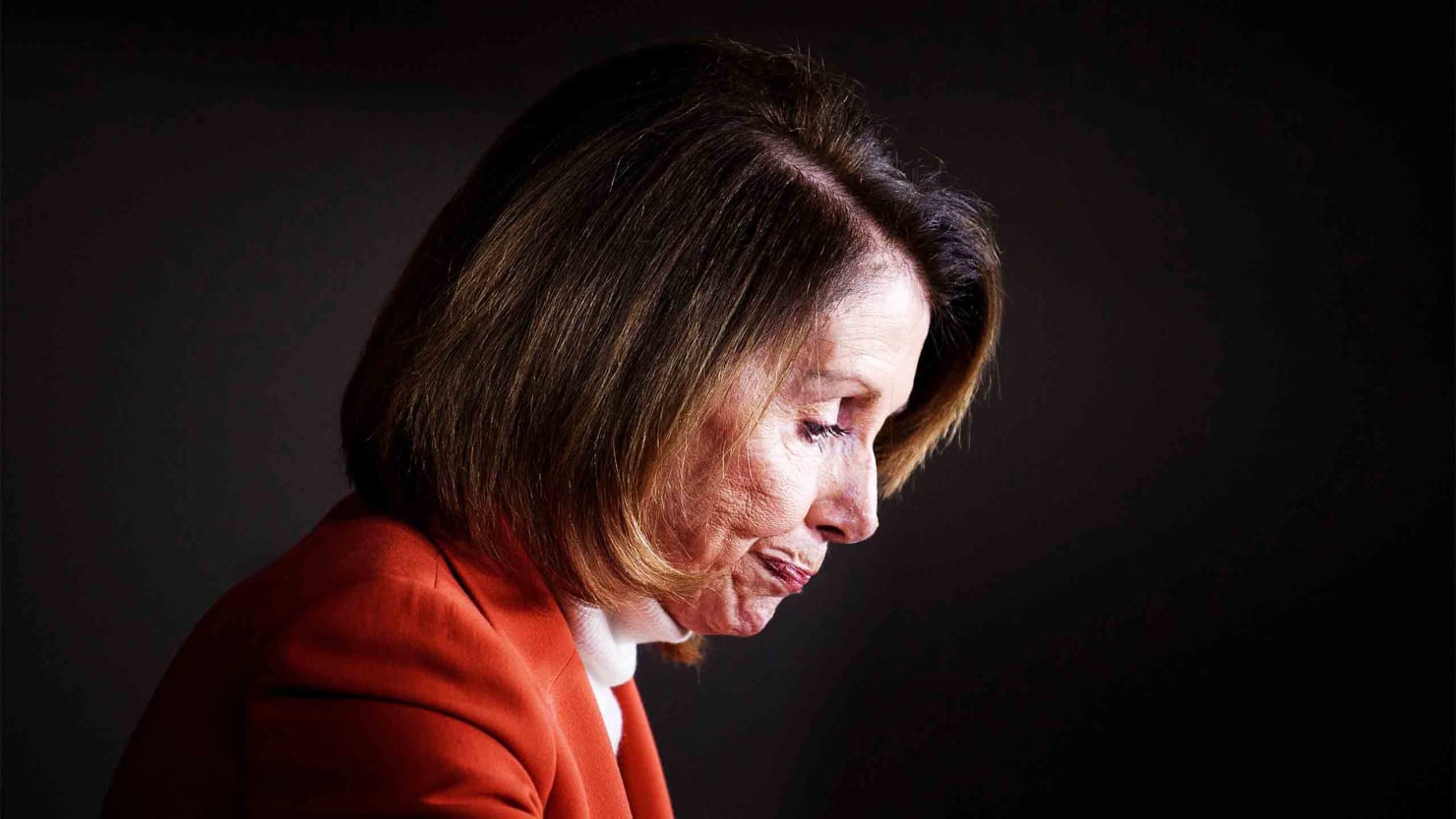 Nancy Pelosi – Profile of The Leader of Trump’s Opposition

Nancy Pelosi(78 years, born March 26, 1940) was sworn in as Speaker of the House on yesterday Thursday, 3rd January 2018 commencing the US 116th Congress. Making her not just the third most powerful US politician but also the leader of the Trump opposition. This is however not the first time she is holding the highest position ever held by a woman in the US Political Ladder. She is currently in her 17th term as a Member of the House of Representatives, first being elected in a 1987 special election. Pelosi is also a two-time House Minority Leader, serving from 2003 to 2007 and again from 2011 to 2019.

In 2007, the California Democrat made history as the first female speaker of the US House of Representatives, but it was short-lived. 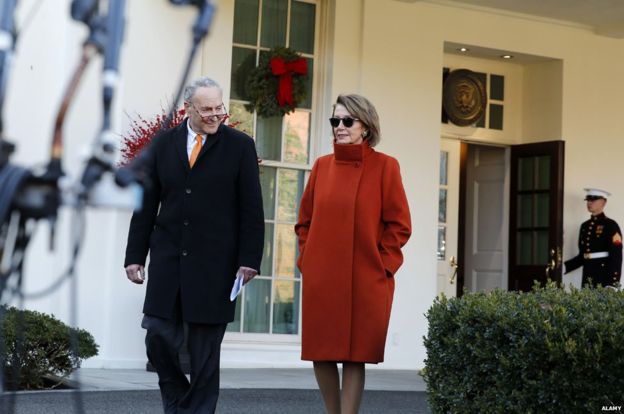 According to Anthony Zurcher of the BBC, “People have gone wrong by under-estimating her for years,” says journalist Elaine Povich, who wrote a 2008 biography about Ms Pelosi. “Never bet against her. She’s consistently the hardest worker, the best organized and great vote counter.”

These skills are going to be sorely tested in the days ahead, as the incoming speaker will have to balance the competing priorities of her Democratic caucus while facing incoming flames from the political Vesuvius that is Donald Trump.

The public had a taste of such confrontations in December when the two argued in the Oval Office about border wall funding. She emerged from that duel with Democrats singing her praises but for many on the Left such fireworks should only be the beginning. 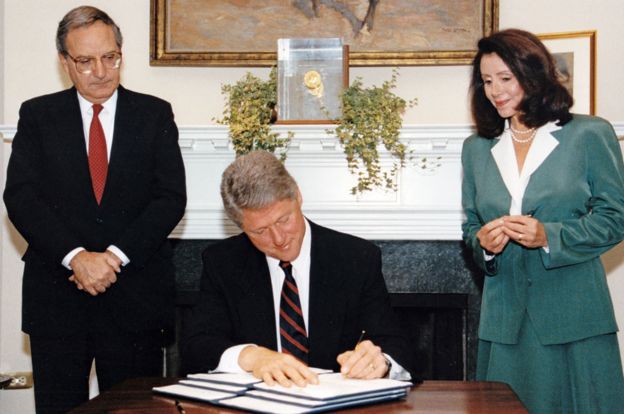 Although Republicans have typically painted Ms Pelosi as a “San Francisco liberal” enamoured with big government and far to the left on social issues, her roots are from a more practical style of politics on the other side of the continent.

She grew up in a political family, one of seven children in the gritty East Coast city of Baltimore, Maryland, where her father – Thomas “Big Tommy” D’Alesandro Jr – was mayor. She was the youngest and the only girl.

To be a politician in mid-century Baltimore meant succeeding at old-school Democratic machine politics. Keeping track of favours received and favours given. Knowing whom to help and whom to hurt – and how to do both. Ms Pelosi managed her family’s political accounts, including answering the eight phone lines that connected to the house.

She went to college in nearby Washington where she met and eventually married financier Paul Pelosi. They first moved to Manhattan, and then San Francisco, where Ms Pelosi started as a housewife. She had five children – four daughters and a son – in the space of six years.

She then rose through the state’s Democratic Party ranks, eventually becoming its chair. In 1988 – at the urging of the outgoing Democrat – she ran for a seat in Congress and won.

In the House, she worked her way up again. Because she represented a portion of the city with a large gay community, she made increasing Aids research funding a priority. She fought a multi-year bureaucratic battle to have a shuttered military base in San Francisco turned into a national park.

She was one of the highest-profile, most outspoken opponents of the US invasion of Iraq in 2003, and in 2005 successfully helped block President George W Bush’s call for partial privatisation of the government-run Social Security retirement programme.

When the Democrats won the majority in 2006 for the first time in 12 years, her legislative acumen had been established and her stand on the war – at least in the minds of Democrats – was vindicated. She became the clear choice for Speaker of the House and was elected by her party in a unanimous vote.

In January 2007 the Californian made history as the first female speaker of the US House of Representatives.

But four years later, Democrats lost control of the lower chamber of Congress.

Despite the setback, Ms Pelosi kept her head above the turbulent political waters, riding out a series of electoral defeats and beating back challenges within her own ranks, to take the gavel once more. 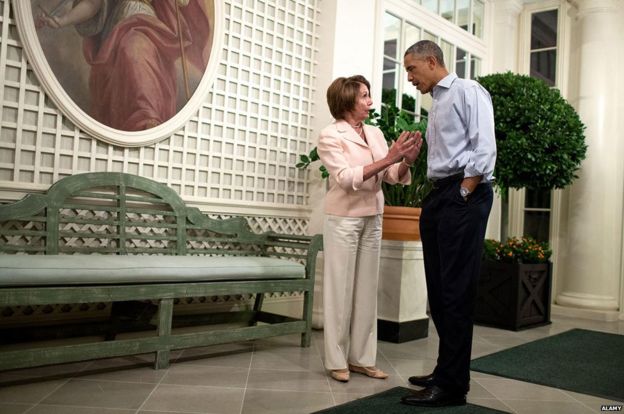 From 2009 to 2011, when Democrats had unified control of Congress and the White House, her chamber enacted an $840bn stimulus package in the aftermath of the 2008 economic collapse. She passed pro-union and cap-and-trade climate legislation (which never made it past the Senate and into law) and financial reform and a bill prohibiting gender discrimination in pay (which did).

Pelosi has been credited for spearheading President Obama’s health-care law when it seemed that it would go down in defeat. After Republican Scott Brown won Democrat Ted Kennedy’s former Senate seat in the January 2010 Massachusetts special election and thereby causing the Senate Democrats to lose their filibuster-proof majority, Obama agreed with the former chief of staff Rahm Emanuel’s idea that he should do smaller initiatives that could pass easily. Pelosi, however, dismissed the president’s fear and instead mocked his scaled-back ideas as “kiddie care.”[46] After convincing the president that this would be their only shot at health-care because of the large Democratic majorities they currently had, she rallied her Democratic caucus as she began an “unbelievable marathon” of a two-month session to craft the health-care bill, which successfully passed the House with a 219–212 vote. In Obama’s remarks before signing the bill into law, he specifically credited Pelosi as being “one of the best Speakers the House of Representatives has ever had”.

In the wake of President George W. Bush’s reelection in 2004, several leading House Democrats believed that Democrats should pursue impeachment proceedings against the president. They asserted that Bush had misled Congress about weapons of mass destruction in Iraq, and had violated the civil liberties of Americans by authorizing wiretaps without a warrant.

In May 2006, with an eye on the upcoming congressional elections–which offered the possibility of Democrats taking back control of the House for the first time since 1994–Pelosi told colleagues that, while the Democrats would conduct vigorous oversight of Bush administration policy, an impeachment investigation was “off the table”. (A week earlier, she had told the Washington Post that, although Democrats would not set out to impeach the president, “you never know where” investigations might lead.)

After becoming Speaker of the House in January 2007, Pelosi held firm against impeachment, notwithstanding strong support for that course of action among constituents in her home district. In the November 2008 election, Pelosi withstood a challenge for her seat by anti-war activist Cindy Sheehan, who ran as an independent primarily because of Pelosi’s refusal to pursue impeachment. 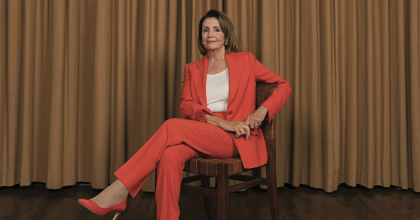 She’s not a compelling public speaker. Her delivery is choppy and, at times, grating. Her jokes range from mildly funny to groan-inducing.

She can, however, count votes like few in Congress – a throwback to her days as the child of Baltimore city politics. She’s exceedingly organised, in both her personal and professional life.

“Speaking was never her strong suit,” Journalist Elaine Povich, her 2008 Biography says. “Her strong suit was the insider game, the coalition game, the organiser game.”

Donna Edwards, then a member of the House from Maryland, describes Ms Pelosi’s performance during the 2009 healthcare battles.

“In those negotiations, I watched Pelosi, the tactician, She held scores of meetings, back-to-back, day into night. She juggled phone calls – House and Senate leaders, Cabinet secretaries, the president.

“All to get us to ‘yes’. She paid the most attention to vulnerable members; Pelosi knew they would pay the highest price for doing the right thing, and they did.

“When all the men in the room wanted to give up – after the nose-dive in approval ratings, media vitriol and unrelenting protests – Pelosi started counting votes and doing the kind of bare-knuckles work that was needed.”

Eight months after that final vote, Democrats lost 63 seats in the House and their majority – in part because of the conservative furore over healthcare reform, and Ms Pelosi’s role in pushing it through.

She had grown so politically toxic that she couldn’t campaign publicly for Democrats.

Republicans, smelling blood, aired more than 150,000 television spots that year that featured her – and she has become a favourite target ever since.

It’s part of the reason why, as recently as 2015, journalists were giving her “practically zero chance” of ever becoming speaker again.

They were all wrong, and she is now more powerful than her first time.

Cheering Democrats returned Nancy Pelosi to the House speaker’s post on Thursday in the 116th Congress which ushered in a historically diverse freshman class eager to confront President Donald Trump in a new era of divided government.

Pelosi, elected speaker 220-192, took the gavel saying U.S. voters “demanded a new dawn” in the November election that swept the Democrats to a House majority and are looking to “the beauty of our Constitution” to provide checks and balances on power.

Ms Pelosi is a woman in a party that has swept to power in large part due to the engagement and support of women. Fifty-eight per cent of those who voted for Democrats in the House were women. There will be 89 women out of the 235 Democratic members of Congress.

That’s a far cry from when Ms Pelosi first entered Congress in 1988 when she was one of only 24 women in the entire 435-seat chamber.

For a few hours, the promise of a new era was the order of the day. The new speaker invited scores of lawmakers’ kids to join her on the dais as she was sworn in, calling the House to order “on behalf of all of America’s children.”

The dynamics in this Congress will be like none before it in view of Donald Trump’s Presidency.

Parts of this article have been from WSJ and ChicagoTribune.