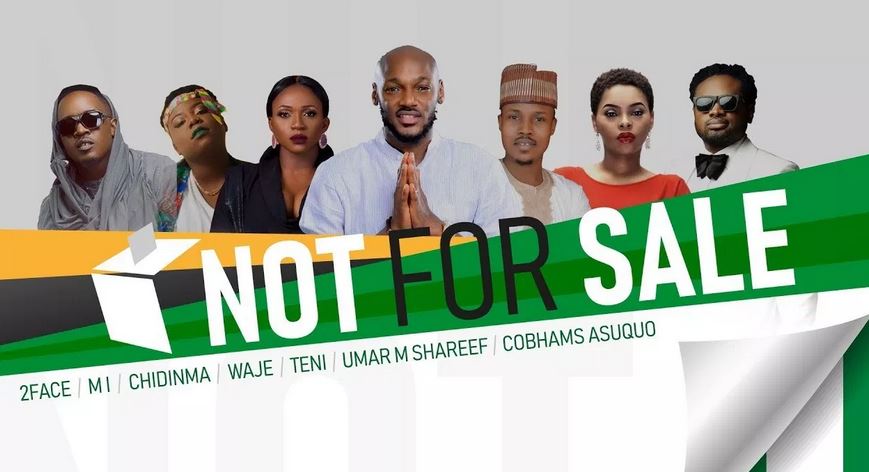 Tuface, MI, Chidinma release song ‘Not For Sale’ Ahead of 2019 Election

Ace Nigerian  singers Tuface Idibia,MI Abaga and Chidinma Ekile have lend their voices against vote-buying  during  the 2019 general elections, as they  jointly released a single hit ‘Not For Sale’.

The song was directed by Bobby Hai,shot and edited by Paul Gambit and produced by Cobhams Asuquo.

‘Not for Sale’ lyrics entreat Nigerians not  to sell their votes “because the power to change the nation for the better is in everyone of us.”

It also encourages a non-violent electoral process by all stakeholders, especially the electorate as they come out to exercise their franchise.

Tuface, the ‘African Queen’ crooner, has over the years championed advocacy for better society through his songs.

In 2015, he  campaigned extensively for a free,fair and peaceful  polls with a song  ‘Vote Not Fight’.

He had also released songs such as ‘For Instance’, and ‘E be like say’, all advocating for good political leadership and better society.