The Independent National Electoral Commission (INEC) says the COVID-19 pandemic might disenfranchise many voters in the Sept. 19 governorship election in Edo. 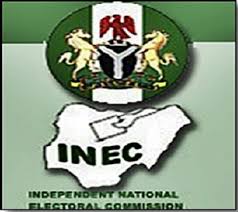 He said that the commission had not been able to carry out the continuous voters registrar exercise as well as the distribution of the Permanent Voters Card (PVC) ahead of the election.

He spoke at a roundtable on the 2020 Edo governorship election organised by Centre for Democracy and Development in Benin.

The theme of the roundtable is “Issue at stake and their implications on the conduct of credible election”.

He, however, assured the electorate that INEC was fully ready to conduct a credible poll.

Wariowei noted that preparation had begun for the exercise while issue of fund was never the problem.

“The need to protect the people against the pandemic is placed above other interests.

“The continuous voter’s registration would have taken care of those that have attained the age of 18 years after the last execise and those that were unable to register for one reason or the other during the exercise.

“The Covid-19 pandemic didn’t allow us to also carry out distribution of the PVCs.

“We do not want to be accused unnecessarily or seen to be undermining the people, but for their own protection,” he said.

Wariowei said in spite of the challenges, election must be conducted in the state to avoid constitutional crisis.

He said the poll would be conducted by following the precautionary measures and maintaining social distancing by avoiding mass contact.

According to him, NCDC guidelines have been mainstreamed into the guidelines’ provided by the commission for the conduct of the governorship election.

“Every voter at the polling units must wear a face mask, if you don’t have face mask, you must at least have something to cover your nose and mouth to be allowed to vote.

“There must also be a distance of 2 metres or six feet between each voter on queue at the polling units.

“We will also be providing alcohol based disinfectants to be used to disinfect the card reader after every accreditation during the poll.”

While announcing that 14 political parties met with the deadline for the submission of their candidates, he said some trainings had since begun for some officers that would participate in the conduct of the election.

He said training for Supervisory Presiding Officers and Collation Officers would be the last to be done a week before the poll.

Another participant at the event, Mr Asunogie Nurudeen of the Nigeria Supreme Council for Islamic Affairs, advised INEC to ensure that a credible, free and fair poll is conducted in Edo.(NAN)