Mr Salihu Lukman, the Director-General, Progressive Governors Forum (PGF), has called on the All Progressives Congress (APC), to ensure wide citizen’s participation through membership recruitment and establishment of credible and verifiable membership register. 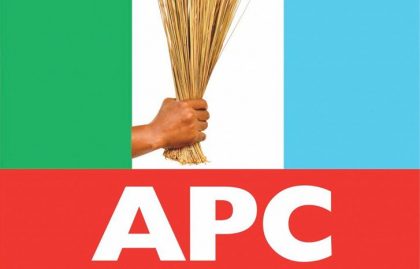 Lukman, who made the call in a statement in Abuja on Sunday, said APC can only be progressive, if it is able to encourage and promote citizens participation and competition within the party.

“A major gap created by the current orientation of political parties in Nigeria with perverted political behaviour, which confer prerogative of membership recruitment to political leaders is the barrier that is making it almost impossible for parties.

“This includes the APC to serve as vehicles for citizens’ participation. Once APC continue to operate as a closed party, its progressive credentials will remain only a claim of its leaders and anyone who challenged it will be bullied.

“APC can only be progressive if it is able to encourage and promote competition within the party as a prelude to electoral contests.

“The absence of competition has reduced, predominantly, the business of the party not to focus on issues of managing governments based on capacity of party members to contribute to initiatives of governments controlled by the party.

According to him, if APC opens itself through membership recruitment, the debate around the issue of whether there is a credible and verifiable membership register will not be taking place.

“Rather, appropriate steps should have been taken to ensure the existence of a credible and verifiable membership register.

“This may be a case of improving on what is already in existence. To improve on what exists may have to involve all structures of the party, so that the question of managing the membership register is also not in dispute.

“For instance, how members are recruited would have a lot of implication in terms of the format that would be used to guarantee participation.

“Take for instance, the argument that APC membership register is domicile on the Cloud. Who upload it to the Cloud with whose authority and who is managing it?

“How was it generated in the first place? Are the members of the APC in the register that is said to exist on the Cloud, financial members? Who did they pay their membership dues to?

He recalled that immediately after the merger exercise, which produced the APC between 2013 and 2015, the party was working towards establishing computerised membership data centre for the whole country.

Lukman said the project was abandoned due to the challenges facing the party then. (NAN)