The Court of Appeal in Abuja on Monday reversed the  deregistration of 22 political parties by the Independent National Electoral Commission (INEC).

The parties were among the 74 political parties de-registered in Feb.6,  2020 by INEC, for not meeting the necessary constitutional requirements. 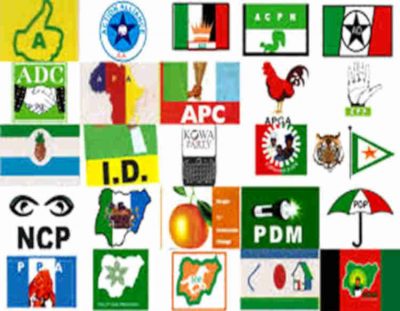 Delivering judgment, the court’s president, Justice Monica Dongban-Mensem, unanimous held that INEC ignored due process in exercising its powers under Section 225(a) of the Constitution (as amended).

The appellate court held  that not only were the affected political parties already in court before INEC exercised its constitutional powers to de-register a party, it failed to inform the parties why they could no longer exist.

In the lead judgment by Justice Dongban-Mensem, the Court of Appeal held that the de-registration of the appellants was illegal because INEC failed to comply with due process of law.

The appellate court equally held that INEC’s acton was not in compliance with the provisions of Section 225(a) of the Constitution because it (INEC) did not indicate reasons for its decision to de-register the appellants.

The court noted that Section 40 of the Constitution entitles citizens to the freedom of association, and as such, the right conferred on a political party cannot be taken away except in accordance with the provisions of the law and due process.

It noted that the appellants were not challenging the legitimacy of the law/constitutional provision under which INEC claimed to have acted, by the process of their deregistration.

The Court of Appeal proceeded to set aside the June 11, 2020 judgment of the Federal High Court, Abuja and ordered that the appellants should henceforth be listed as political parties in the country.

Respondents in the appeal were the Attorney General of the Federation (AGF) and INEC.

The parties in 2019 sought the interpretation of the novel provision in Section 225(a) in the amended Constitution. But, before the suit marked: FHC/ABJ/CS/444/2019 could be decided, INEC announced its de-registration of parties in February.(NAN)