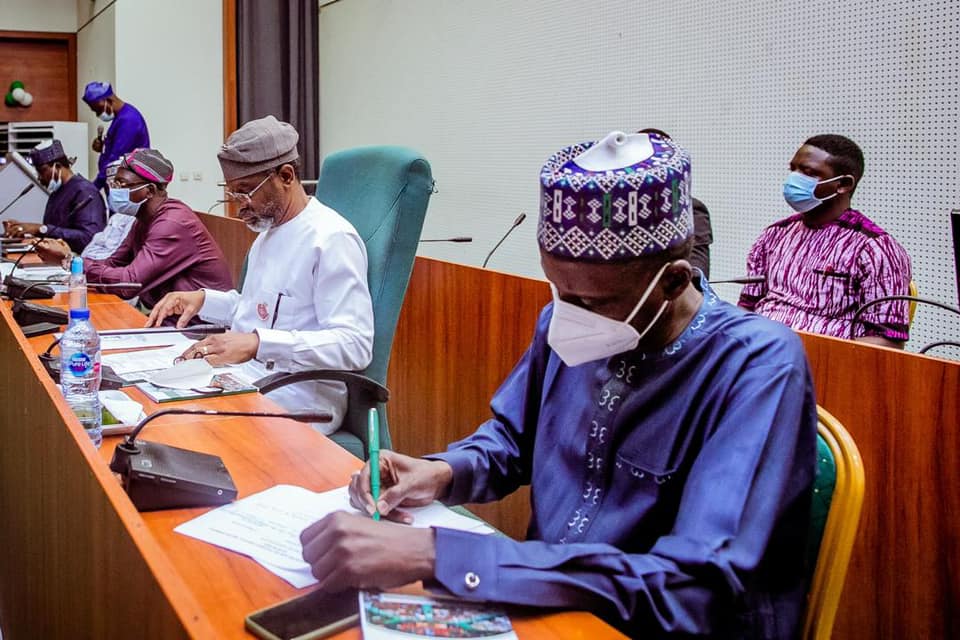 Abdul JimohDecember 7, 2020 8:57 pm 0
…Our new approach to legislation is people-centred, says Gbajabiamila
Major international development organisations in Nigeria have expressed their readiness to partner the 9th House of Representatives in the implementation of its revised Legislative Agenda.
This is as the Speaker, Rep. Femi Gbajabiamila, reiterated the commitment of the House to be people-centred in the process of law-making.
These emerged on Monday during a roundtable with heads of international development agencies, where he stressed that the interest of Nigerians remained uppermost in any piece of legislation the House would pass.
Some of the international development agencies at the roundtable included the World Bank; Delegation of European Union to Nigeria and ECOWAS; Japan International Cooperation Agency (JICA); Canadian International Development Agency (CIDA); Foreign, Commonwealth and Development Office (FCDO); and the United Nations Office for Drugs and Crime (UNODC).
Others were Mercy Corps, GIZ Nigeria, National Democratic Institute (NDI) and Partnership to Engage, Reform and Learn (PERL)-Engage Citizens Pillar (ECP) and the United Nations Development Programmes (UNDP).
In his opening remarks, Gbajabiamila explained the drive behind the need for the involvement of the Nigerian people in every piece of law from the House, saying, “When I became Speaker in June last year, I committed to broad reforms of government and governance infrastructure in Nigeria.
“I believed then, and I still believe that until we fix the way we run the government in Nigeria, we will always be limited in our ability to meet our people’s expectations regardless of our best interests.
“To be effective, the House needed to plan and work towards that plan, rather than stay in a reactionary position where our interventions are motivated by the demands of the news cycle. This commitment inspired me to appoint a Special Committee to draft a Legislative Agenda for the House to debate, amend, and adopt as our action plan.
“Afterwards, we presented the Agenda to the Senate, the Executive, Judiciary and the general public. We wanted the Legislative Agenda to be a public document, open to discussion, and criticism. We also wanted to make our governing intentions known, so those who had any interest, ideas, and contributions could reach out to work with us”.
According to him, the House was proactive by reviewing the Legislative Agenda due to the outbreak and effects of the coronavirus pandemic.
This, he said, resulted in the revised 9th Legislative Agenda with 10 priority areas, namely healthcare; education; security; economy; sustainable power; human capital development and social investment; agriculture and food security; environment and climate change; governance; and reform of the House of Representatives.
According to the Speaker, the new approach adopted by the House to pass a bill begins with engaging Nigerians in discussions on the bill before it gets to the floor of the House.
He then invited the agencies present to join hands to help Nigeria become a more robust democracy – secure, economically-resilient and confident of its place in the world.
In his reaction, World Bank’s Country Director, Shubham Chaudhuri, who noted that the document was timely, considering the effect of the coronavirus pandemic, expressed the readiness of the bank to work with the House on the implementation of the priority areas.
He, however, urged the Speaker to ensure that private sector participation, investment in the people and the provision of infrastructure were given more attention.
On his part, Head of Section, Delegation of EU to Nigeria and ECOWAS, Mr Clement Boutilier, also noted that the document was a welcomed development, clear and well-driven.
Boutilier noted that the document’s priority areas in agriculture, security and security reform were in concert with the programmes of the EU, especially with the new EU’s approach on how to mobilise and facilitate private investment in Nigeria.
UNDP’s Country Director, Samuel Bwalya, said the revised Legislative Agenda was thoughtful and proactive because it was all about making Nigerian institutions work.
Earlier in his remarks, the Chairman, House Committee Implementation and Monitoring of the Legislative Agenda, Rep. Henry Nwawuba, said that 9th Legislative Agenda was different from others before it because it must be implemented in line with another document, ‘Contract with Nigerians’, that set out the roadmap and timelines for the implementation of the priority areas of the Agenda.
“We had Legislative Agenda in the other Assemblies. We had it in the 7th and the 8th assemblies. However, what is different this time is that Mr Speaker has identified persons, who must be held responsible for the implementation of the agenda.
“The Agenda is a contract with the Nigerian people, to be reported to them at the end of this 9th Assembly. There is a commitment for the House to work faster to achieve the targets it set for itself at the beginning of the 9th Assembly in June 2019”, he said.
Nwawuba cited the case of the Petroleum Industry Bill, which he said the Speaker had stressed on the plan of the House to pass it by the second quarter of 2021.
“We will do whatever it takes to pass the PIB”, he assured the session.