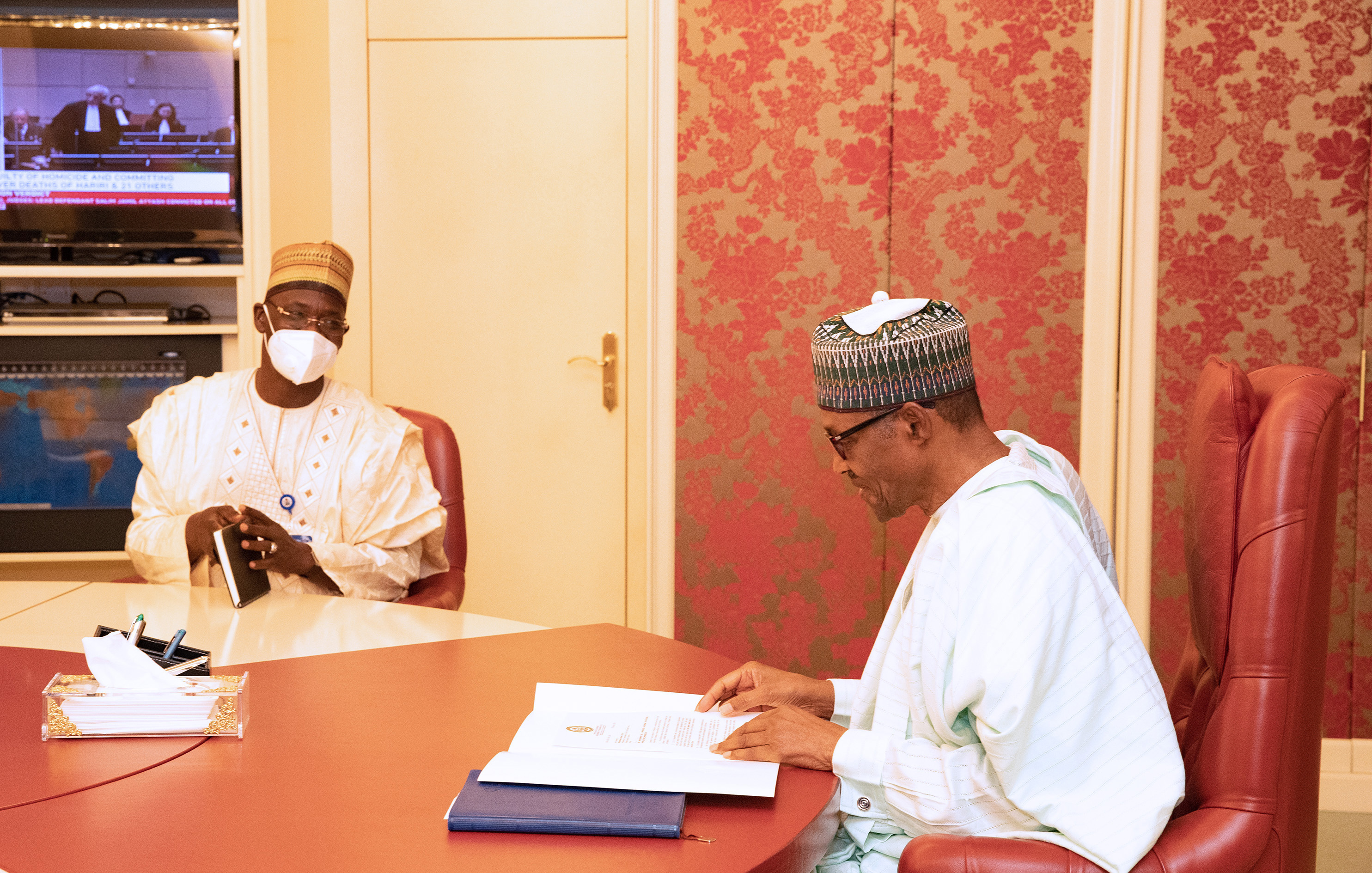 President Muhammadu Buhari has received an update from Governor Abdullahi Sule of Nasarawa State on political and security developments in the state.

Speaking to State House correspondents after a closed door meeting with the president in Abuja on Tuesday, Sule said he briefed the president on the way and manner bye-election was successfully conducted during the COVID-19 pandemic in the state.

He stated that the Independent National Electoral Commission (INEC) used the bye-election as a template for conduct of future elections during lockdown.

“So, Nasarawa was used as the template to see where do we go from here.

“So, I’m happy to inform you that we had a very peaceful bye-election at Nasarawa Central and I’m also happier to tell you that apart from being very peaceful, APC won the election. So I needed to brief Mr President about the election.

“The second part is concerning the issue that you must have been hearing about security challenges of kidnappings and some killings that had taken place where one of the traditional rulers was recently killed.

Sule lauded the president for approving the establishment of the third Military/Mobile Police Training College in Nasarawa as well as the Military Super Camps and Military Special Forces in Doma.

He disclosed that the training college had since been completed and inaugurated last week.

The governor pledged that the state government would continue to provide support and assistance to security agencies to check criminal activities in the state.

He revealed that the police had since apprehended suspects in connection to the killing of a traditional ruler in the state.

Sule assured that the state government would continue to fund local vigilante groups and community policing to address security challenges in the state.