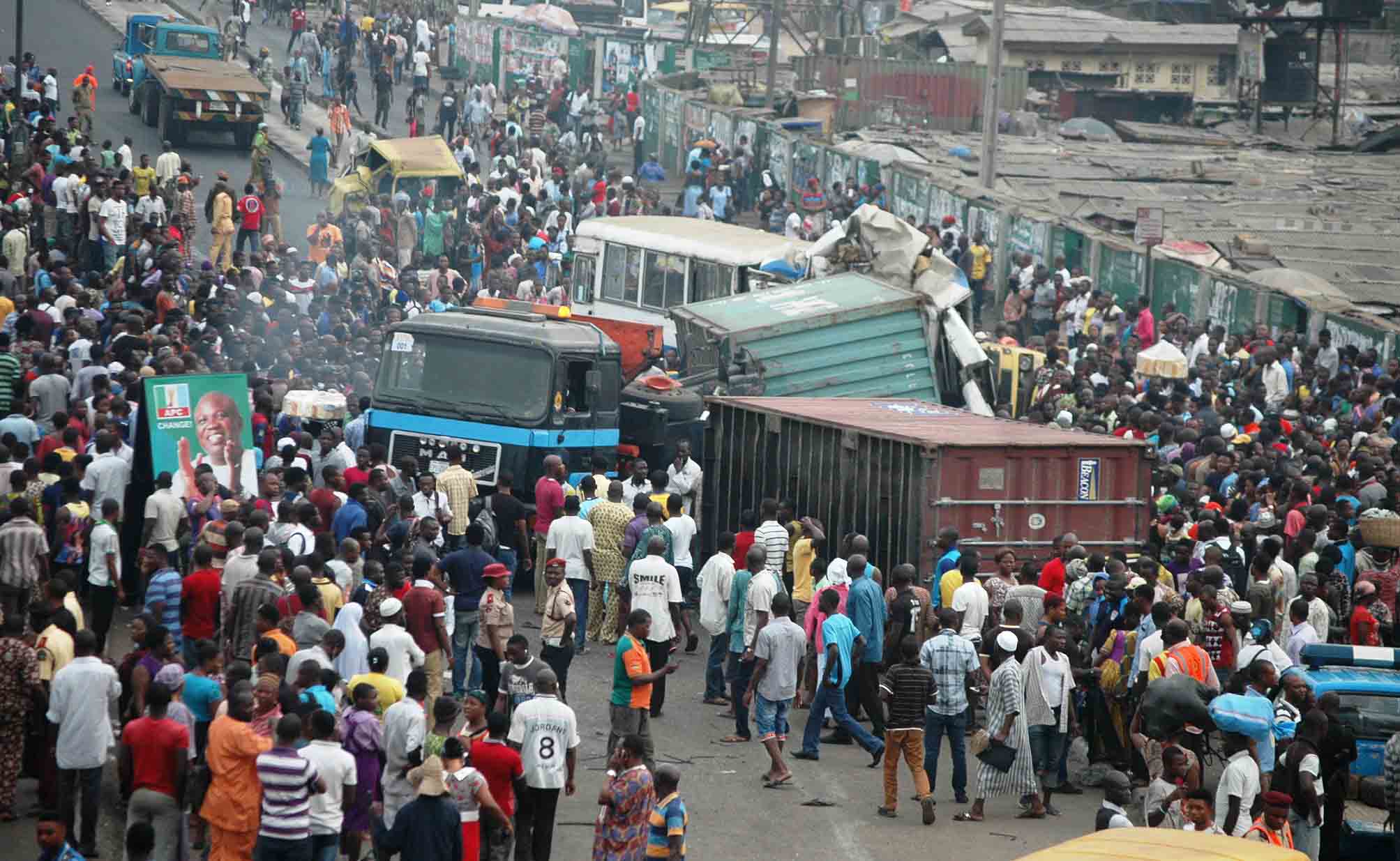 The Federal Road Safety Corps (FRSC) has said that road crashes across the country were reduced by 33 per cent during the Christmas period.

This is contained in a statement signed by Mr Bisi Kazeem, Head, Media Relations and Strategy of the corps and made available to the News Agency of Nigeria (NAN) on Monday in Abuja.

The corps spokesman, however disclosed that the corps recorded 113 road traffic crashes within one week of patrol across the country.

He said: “113 road traffic crashes were recorded on the roads between Dec.19 and Dec.26, compared with 169 recorded during the same time last year, which shows reduction of 33 per cent.

“Similarly 86 lives were lost as at Saturday compared to 109 lost within same period last year.

“This shows improvement of 21 per cent in FRSC’s efforts to save lives on the roads.

“422 people were injured within the period this year which amounts to 30 per cent improvement in operation when compared with 606 people that were injured last year.

“Also, 934 people were involved in crashes within the period under review, compared with 1,284 involved last year within the same period, while 426 people were rescued this year unlike 570 last year.”

Kazeem said that 25 per cent improvement was recorded in the area of saving lives on the roads.

On prosecution of those who violated road rules and regulations, the FRSC spokesman said that the corps had so far arraigned 878 traffic violators, convicted 783 and discharged others.

He urged road users to always obey traffic rules and regulations and cooperate with traffic managers for free flow of movement.

Oyeyemi said that the corps deployed 36,000 personnel and equipment for the exercise.

He said that 200 mobile courts was set up nationwide, to try and punish traffic offenders.

The FRSC boss expressed the determination of the commission to ensure that travellers had smooth and safe journey to their various destinations.
Source(News Agency of Nigerian)