The presidency has sent a message to felicitate with veteran journalist Ben Lawrence who turns 80 on 9th October, 2016.
The message was made available to the media by the special adviser to the president on media and publicity, Femi Adesina.
He said “President Muhammadu Buhari joins the entire media industry and journalists in warmly congratulating veteran journalist, poet and author, Ben Lawrence, as he turns 80 on October 9th, 2016. 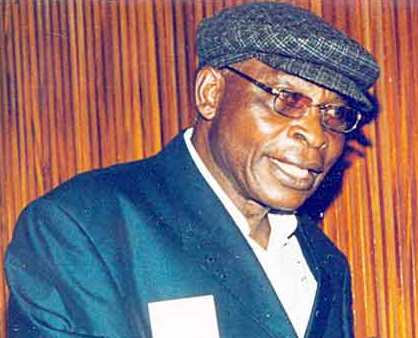 President Buhari felicitates with the family and friends of the renowned and fearless columnist, whose commitment to telling the truth through the pen, passion for promoting development communication and upholding the standards of journalism had earned him recognition and several awards.
As he turns 80, the President believes Lawrence’s vision of a pragmatic, responsive and agenda-setting media for the country should be upheld and pursued with vigour by all media professionals, who should always observe the irreplaceable tenets of accuracy, balance, fairness and proper attribution.
President Buhari commends the former Managing Editor of the Daily Times and Fellow of the Nigerian Guild of Editors for always striking a delicate balance between his profession and the need to contribute to nation building, and providing mentorship to others.
The President urges younger writers, especially citizen journalists and media entrepreneurs in the emerging cyber space, to borrow a leaf from veterans like Lawrence whose patriotism is unmistakable, and resolve remains unshakable, in ensuring that democracy and development work for every Nigerian.

He prays that the almighty God will grant the veteran journalist good health, longer life and strength to keep writing.”

Ben Lawrence is a journalism veteran who created a niche for himself in the profession. He was Editor, Evening Times, Acting Editor and Managing Editor of the Daily Times before quitting in 1987 to work as the spokesman of the Volks Wagen Company.