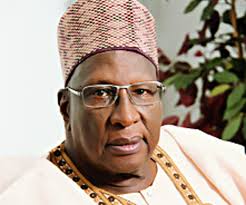 Muslims in the country have been urged to use the Ramadan period to pray for peace and unity.

An Elder Statesman and former National Chairman of the People’s Democratic Party, PDP, Dr. Bamanga Tukur, who made the call in a goodwill message to Muslims on Ramadan, said what Nigerians required now are fervent prayers that would usher in love, unity and peace in the country.

In a statement signed by the Special Assistant on Media, Prince Oliver Opala an elder Statesman noted that economic, political activities and governance cannot thrive in an atmosphere of rancour.

Dr. Tukur calls on those involved in insurgency, kidnapping, militancy and other vices to seek the face of Allah during the Ramadan, and turn from their sins.

The Elder statesman stressed that destruction of economic structures would have adverse effects on the country.

While urging Muslims to adhere strictly to Islamic injunctions as expressed in the Holy Quran, Dr. Tukur prayed Allah to grant the Muhammadu Buhari and his administration the wisdom to pilot the affairs of the nation.