The National Hajj Commission has taken proactive measures, following last year’s Hajj stampede in Saudi Arabia, by providing an electronic wristband for every pilgrim, this year.

The Chairman of the Commission, Abdullahi Muktar said at the second stakeholders conference in Abuja, that the device would help the commission in managing the data of each pilgrim.

“There is a need for us to take a measure over the last year stampede, particularly on the area of using the electronic wristband, which we hope it will help us to identify where our pilgrims are and will also enable us track them down where ever they may be. 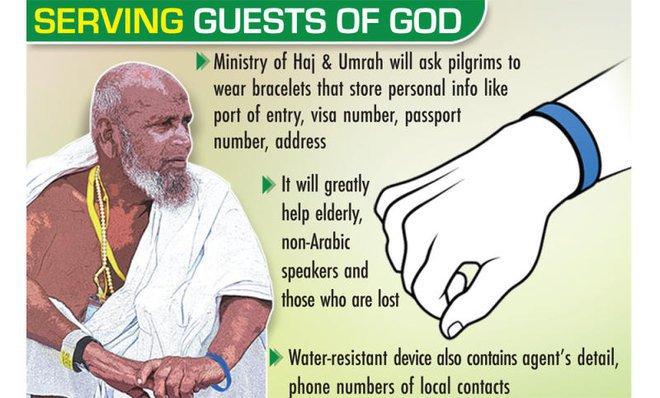 The commission is also collaborating with the Federal Ministry of Health to have a blood bank that would keep the blood samples of the pilgrims in case of any emergency that would require a DNA profiling but it is a voluntary matter, not compulsory”, he said.

Mallam Abdullahi added that the commission was working with the Saudi authorities to make sure that compensation for the crane crash victims was paid as promised.

“The compensation for last year’s crane crash has not been redeemed ,and we following up on that. Once it is redeemed, insha Allah, we will pass it to the appropriate family through a legal instrument,” he said.

He called on the pilgrims to abide by the rules and regulations of the Saudi authority not to carry any illegal substance or product that may result in their deportation.

Chairman, House Committee of Saudi-Nigeria inter-parliamentary relations on Hajj, Mr Abdullahi Salame, said “as we know that Hajj is one of the five pillars of Islam and as a Muslim one should always be ready to give his contributions toward the success of Islam because we are the ambassadors of our religion.

We have to work for it. We therefore urge all the state representatives present here, today, to go back and admonish pilgrims to be good citizens of Nigeria in Saudi Arabia because whatever they do there, they are representing Nigerians and the Nigerian Muslims.”

Thirteen air craft are to be deployed for the operation. Six belong to Nigerian carriers while the other seven belong to the Saudi Arabia authorities. Out of the thirteen, six have already been inspected and certified while the inspection for the remaining will commence by the middle of the week and the sixteen airports that are expected to be in use, are under inspection.

The Commission also announced the flag-off of the 2016 Hajj on the 8th of August in Sokoto state, with the Zamfara state pilgrims as the first contingent.