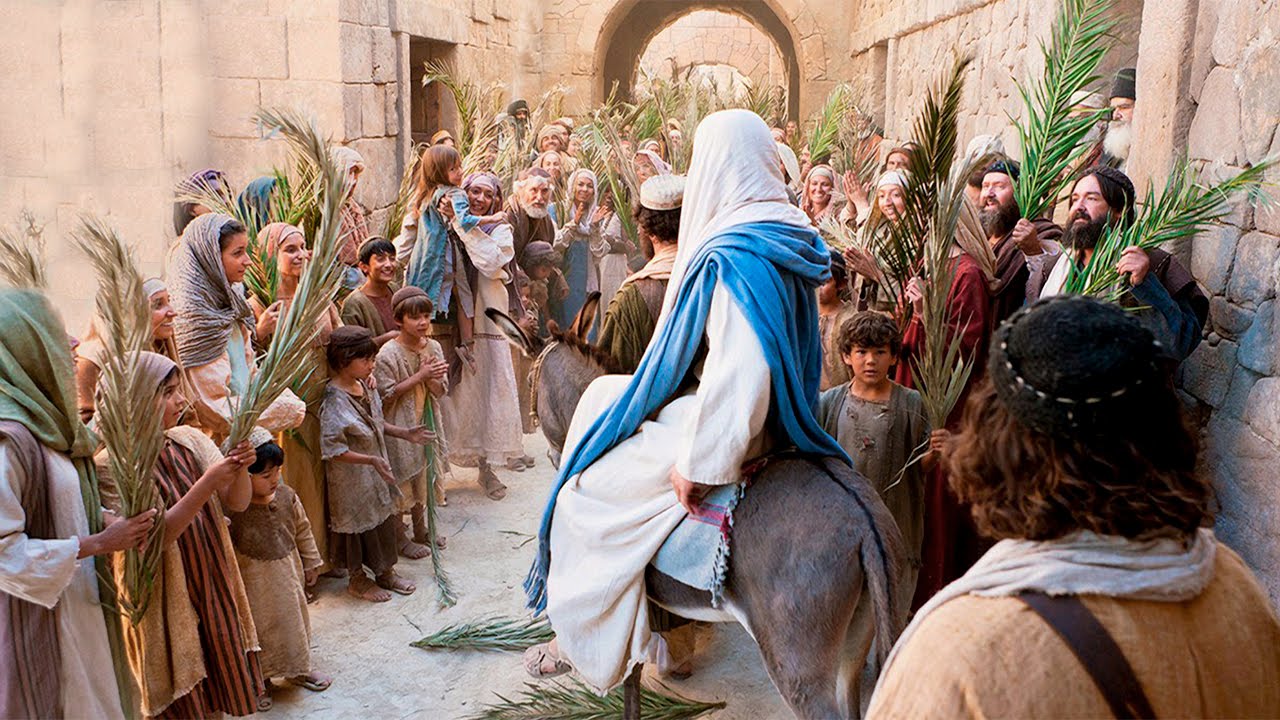 Today is Palm Sunday in Nigeria, while we all look forward to the Easter holidays; it is essential to explain a little history of the Palm Sunday and the Holy week being celebrated by Christians all over the world.

The week we now call Holy Week, started with Palm Sunday. Why was this week so important that three of the gospel writers (Matthew, Mark, and Luke) devote a full third of their contents to reporting this week, and The Fourth Gospel (John) dedicates its entire last half? Jerusalem, which had a normal population of about 50,000 at this time, had at least tripled in size because of the influx of pilgrims celebrating the Jewish holiday Passover. Early Sunday morning Jesus made his dramatic public entry into the city. According to Bill Petro, this was the end of all privacy and safety and the beginning of what would be an inevitable collision course with the religious and political authorities: Jewish and Roman.

According to CatholicCulture.org, As soon as the Church obtained her freedom in the fourth century, the faithful in Jerusalem re-enacted the solemn entry of Christ into their city on the Sunday before Easter, holding a procession in which they carried branches and sang the Hosanna (Matthew 21, 1-11). In the early Latin Church, people attending Mass on this Sunday would hold aloft twigs of olives, which were not, however, blessed in those days.

This Palm Sunday procession and the blessing of palms seems to have originated in the Frankish Kingdom. The earliest mention of these ceremonies is found in the Sacramentary of the Abbey of Bobbio in northern Italy (beginning of the eighth century). The rite was soon accepted in Rome and incorporated into the liturgy. The prayers used today are of Roman origin. A Mass was celebrated in some church outside the walls of Rome, and there the palms were blessed. Then a solemn procession moved into the city to the basilica of the Lateran or to Saint Peter’s, where the Pope sang the second Mass. The first Mass, however, was soon discontinued, and in its place, only the ceremony of blessing was performed. Even today the ritual of the blessing clearly follows the structure of a Mass up to the Sanctus.

Everywhere in medieval times, following the Roman custom, a procession composed of the clergy and laity carrying palms moved from a chapel or shrine outside the town, where the palms were blessed, to the cathedral or main church. Our Lord was represented in the procession, either by the Blessed Sacrament or by a crucifix, adorned with flowers, carried by the celebrant of the Mass. Later, in the Middle Ages, a quaint custom arose of drawing a wooden statue of Christ sitting on a donkey (the whole image on wheels) in the center of the procession. These statues (Palm Donkey; Palmesel) are still seen in museums of many European cities.

As the procession approached the city gate, a boys’ choir stationed high above the doorway would greet the Lord with the Latin song, Gloria, laus et honor. This hymn, which is still used today in the liturgy of Palm Sunday, was written by the Benedictine Theodulph, Bishop of Orleans (821):

Glory, praise, and honor,
O Christ, our Savior-King,
To thee in glad Hosannas
Inspired children sing.
After this song there followed a dramatic salutation before the Blessed Sacrament or the image of Christ. Both clergy and laity knelt and bowed in prayer, arising to spread cloths and carpets on the ground, throwing flowers and branches in the path of the procession. The bells of the churches pealed, and the crowds sang the Hosanna as the colorful procession entered the cathedral for the solemn Mass.

In medieval times this dramatic celebration was restricted more and more to a procession around the church. The crucifix in the church yard was festively decorated with flowers. There the procession came to a halt. While the clergy sang the hymns and antiphons, the congregation dispersed among the tombs, each family kneeling at the grave of relatives. The celebrant sprinkled holy water over the graveyard, the procession formed again and entered the church. In France and England, they still retain the custom of decorating graves and visiting the cemeteries on Palm Sunday.

The inspiring rites and ceremonies of ancient times have long since disappeared, only the sacred texts of the liturgy are still preserved. Today the blessing of palms and the procession (if any) are performed within the churches preceding the Mass. In America, Catholic, and some Episcopal, churches distribute palms to all the congregation.

The various names for the Sunday before Easter come from the plants used–palms (Palm Sunday) or branches in general (Branch Sunday; Domingo de Ramos; Dimanche des Rameaux). In most countries of Europe real palms are unobtainable, so in their place, people use many other plants: olive branches (in Italy), box, yew, spruce, willows, and pussy willows. In fact, some plants have come to be called palms because of this usage, as the yew in Ireland, the willow in England (palm-willow) and in Germany (Palmkatzchen). From the use of willow branches Palm Sunday was called Willow Sunday in parts of England and Poland, and in Lithuania Verbu Sekmadienis (Willow-twig Sunday). The Greek Church uses the names Sunday of the Palm-carrying and Hosanna Sunday.

Centuries ago it was customary to bless not only branches but also various flowers of the season (the flowers are still mentioned in the antiphons after the prayer of blessing).[35] Hence the name Flower Sunday which the day bore in many countries—Flowering Sunday or Blossom Sunday in England, Blumensonntag in Germany, Pasques Fleuris in France, Pascua Florida in Spain, Viragvasarnap in Hungary, Cvetna among the Slavic nations, Zaghkasart in Armenia.

The term Pascua Florida, which in Spain originally meant just Palm Sunday, was later also applied to the whole festive season of Easter Week. Thus the State of Florida received its name when, on March 27, 1513 (Easter Sunday), Ponce de Leon first sighted the land and named it in honor of the great feast.

In central Europe, large clusters of such plants, interwoven with flowers and adorned with ribbons, are fastened to the top of a wooden stick. All sizes of such palm bouquets may be seen, from the small children’s bush to rods of ten feet and more. The regular palm, however, consists in most European countries of pussy willows bearing their catkin blossoms. In the Latin countries and in the United States, palm leaves are often shaped and woven into little crosses and other symbolic designs. This custom was originated by a suggestion in the ceremonial book for bishops, that little crosses of palm be attached to the boughs wherever true palms are not available in sufficient quantity.