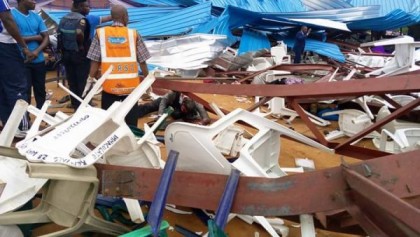 An eyewitness told the News Agency of Nigeria (NAN) on Sunday that the gunmen went into the church during the 5:45 a.m. mass and identified a particular man and shot him.

He said that they later went on rampage and shot at the remaining worshippers numbering over 100.

Scores of people were killed in the church while other critically injured worshippers died on the way to the Nnamdi Azikiwe Teaching Hospital, Nnewi.

The source, however, said the priest of the church was not wounded in the incident.

The Commissioner of Police in the state, Mr Garba Umar, confirmed the incidence, adding that more details would be given after investigations.