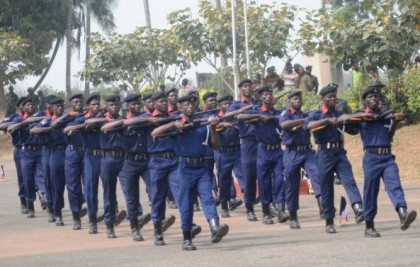 The Nigeria Security and Civil Defence Corps (NSCDC) in Jigawa said on Wednesday that it would deploy 1,500 personnel to ensure a hitch-free Eid-el-Kabir celebration in the state.

The Spokesman of the Command, DSP Adamu Shehu, disclosed this in an interview with the News Agency of Nigeria (NAN) in Dutse.

Shehu said the officers would be deployed to major towns and villages to provide security during the festival.

“As part of plans to ensure hitch-free Sallah celebration and adequate security during the period, we will deploy men of the command to parts of the state.”

Shehu said the officers would be stationed at prayer grounds, children parks, Emirs’ palaces, Durbar routes and other strategic places.

According to him, the corps has taken proactive measures to ensure peaceful and successful festivity in the state.

He advised members of the public to report suspicious movements to the nearest security formation for necessary action. (NAN)