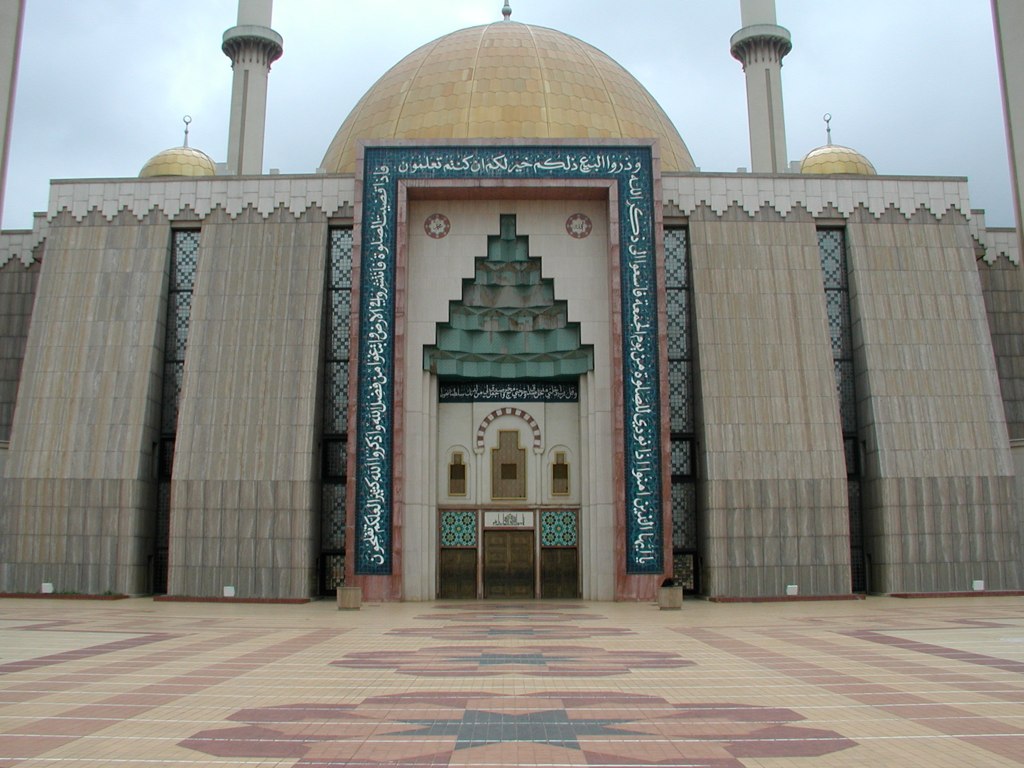 Itikaf Virtues In The Last 10 Days of Ramandan

Is done usually in the last 10 days of Ramadan. Itikaf isto engage and to devote something, to a thing, be it good or bad. In Shari’ah it means to engage in a retreat in the Masjid and stay there with the intention of seeking nearness to Allah the Almighty, and His reward.
Its legalization.

Most Muslim scholars agree that Itikaf is permissible, for the Messenger of Allah (peace be upon him) observed it in the Month of Ramadan during the last 10 days. In his last Ramadan he observed it 2/3 of the month as is related by Bukhari and others. Besides, his companions and wives observed it during his lifetime and after.

For a retreat to be valid, one must be Muslim to be able to perform, he/she also must have reached puberty, and must be pure from janabah (major defilement, menstruation, and post-childbirth bleeding).

There are two pillars for I`tikaf: intention, and staying in the Masjid. Allah states:
“But do not associate with your wives while you are in retreat in the masajid.” Al-Baqarah 2:187.

This verse prohibits two things: marital relationships during Itikaf because this contradicts the spirit of devotion, and observing I`tikaf in any place but a masjid. Thus, any believer man or woman who desires to observe I`tikaf may do so only in a masjid as we see the Messenger (peace be upon him)’s wives were building their tents in the masjid.

The beginning and ending time of I`tikaf

There is no specific time for beginning or ending I`tikaf. Whenever one enters into the masjid with intention, he begins his retreat. If he intends to engage in I`tikaf the last ten days of Ramadan, he should prepare his tent before sunset. In a hadith related by Abu Sa`id, the Messenger of Allah (peace be upon him) said: “Whoever intends to retreat with me should retreat during the last ten nights (of Ramadan).” (Al-Bukhari).

The first night of the last ten is the night of the 21st of Ramadan because in Islam the days begin at sunset.

However, the reports that said the Messenger (peace be upon him) entered his I`tikaf place after Fajr prayer do not mean he started after Fajr, they mean he returned to his place of I`tikaf at that time.

What should a person in I`tikaf engage in?

It is recommended that the person in a state of Itikaf should engage in supererogatory worship, and engage himself with prayer, recitation of Al-Qu’ran, Glorification of Allah, Praising Allah, frequent declaration of the testification of faith, Takbir (saying Allahu-Akbar “Allah is the Greatest”), seeking forgiveness from Allah, invoking Allah’s blessing on the Messenger of Allah (peace be upon him), and supplications, as well as any act of worship that will bring the servant nearer to Allah. He should build a retreat (store his provisions) in the corner of the masjid where he or she will not disturb the regular worshippers.

He should not concern himself with what does not concern him, which is the best way to seek nearness to Allah. In a hadith reported by Ibn `Abbas (may Allah be pleased with him), the Messenger of Allah (peace be upon him), was delivering a sermon, khutbah, and a man stood up but would not talk. A companion said, “This is Abu Israel. He vowed to not stand, nor sit, nor seek shade, nor speak, but fast.” The Messenger (peace be upon him) said, “Command him to speak and seek shade, to sit and complete his fast.” (Bukhari, Ibn Majah and Abu Dawud).

What is permitted for a person in a state of I`tikaf?

He may leave the retreat and go out to bid farewell to his family. Safiyah (may Allah be pleased with her) said: “The Messenger of Allah (peace be upon him) was in his retreat, so I came to visit him at night. I spoke to him, and when I was leaving he stood to bid me farewell. When we reached the door to open it and they quietly passed and greeted the Messenger (peace be upon him) then the Messenger told them: `slowly, you don’t need to run, she is Safiyah bint Huyayy, (my wife; don’t think I am walking with another sister)’ they said in surprise: `Glory be to Allah, O Messenger of Allah!’ (for they were baffled for what he said to them.)

The Messenger said `The Satan circulates in the human system the same way the blood circulates, so I was afraid that Satan might throw or whisper (ill thoughts) in your heart.” (Bukhari and Muslim) The Prophet, (peace be upon him) left his retreat. Thus it is permissible to leave.

It is permitted to comb one’s hair, shave, trim the nails, clean the body, wear one’s best clothes and use perfume. In a report by `Aishah (may Allah be pleased with her), she said: “The Messenger used to be in Itikaf and he would put his head through the window and I would wash it for him, while I was in my menstruation.” (Muslim and Al-
Bukhari.)

It is permitted to eat and drink and sleep in the Masjid, but extreme care should be taken to safeguard the cleanliness of the Masjid. The person may be a party to weddings and some legal contracts taking place in the masjid during the I`tikaf.

Exiting from the masjid without any good reason, even if it is for a moment, because that is one of its pillars.

Apostasy (riddah) for it contradicts worship.
Insanity due to madness, drugs or intoxicants, for sanity is prerequisite in all forms of worship. Among others…

Whoever starts I`tikaf voluntarily and then breaks it is recommended to redeem it. But if he vows a day, or two, then starts and then invalidates it, he must redeem it whenever he is able, according to the majority of the scholars. If he died before making it up redemption is not necessary, however, Imam Ahmed said: “His next of kin should redeem it for him.”