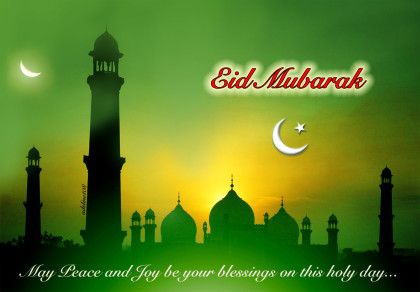 The Federal Road Safety Corps (FRSC) is to deploy no fewer than 100 personnel for special patrols on the Benin-Ore-Sagamu Expressway during the forthcoming Eld-el-Fitri.

Mr Umoru Abdullahi, the Ore Unit Commander of the corps, told the News Agency of Nigeria (NAN) on Friday in Ore, Ondo State, that the measure was to ease traffic and check accidents.

Abdullahi also said that the unit began a weeklong special patrol on the route on Thursday to check accidents during the celebration.

“We record more road accidents during celebrations due to speed limit violation and reckless driving, especially by commercial drivers in their bid to make more trips and money.

“We are deploying more than 100 corps marshals on the Benin-Ore-Sagamu Expressway for special patrols and for motorists to take necessary precautions during the Sallah,’’ Abdullahi said.

He appealed to motorists to obey traffic rules and regulations.

In Plateau, the FRSC also promised to ensure road safety during the celebration.

The Public Education Officer of the state sector command of the corps, Mr Andrew Bala, told NAN on Friday in Jos that the command had deployed all its personnel to ease traffic and check accidents.

“Holiday for this year’s Eid-el-Fitr is going to be long; so, there will be massive vehicle movement.

“The command has, therefore, directed all officers and men under it to be on the road so as to ensure an accident-free celebration.

“We are also going to ensure free flow of traffic on the busy roads in Jos and its environs,” he said.

Bala also called on motorists to drive with caution.

Also in Bayelsa, the corps has deployed more personnel, patrol vehicles and ambulances to major roads.

Mr Ikechukwu Igwe, the state Sector Commander of FRSC, gave the assurance in an interview with NAN in Yenagoa on Friday.

He said: “I am assuring the people of Bayelsa that we are ready.

“We have made a lot of preparations to ensure safety of lives and property on the roads during the Eid-el-Fitri.

“ Our men will be on the East-West Road and Kaiama-Sagbama axis.

“Our special patrol will also be on those roads and areas that always have traffic challenges.

“This will help to prevent deaths from road accidents.’’

He noted that there were more vehicles and movements on roads during festive periods, and advised drivers to be careful.

“ They should avoid dangerous driving, over speeding and overloading; they should not drive under the influence of alcohol or drugs.

“We must also avoid any form of obstruction by ensuring that our vehicles are not parked wrongly on the roads, as this will constitute a danger to other road users,’’ Igwe said.

Also, the FRSC, Suleja Unit, deployed 300 of its personnel for effective patrols on the Suleja-Minna Road and at Madalla-Suleja-Sabon-Wuse axis of the Abuja-Kaduna Highway during the celebration.

The Commander, Mr Olayinka Akande, told NAN in Minna on Friday that the unit deployed five patrol vehicles, an ambulance and tow truck for road operations.

“The patrols are going on simultaneously with extensive public enlightenment at major parks within Suleja.

“Emphasis is on the dangers of overloading, speed violation, driving under the influence of alcohol, wrongful overtaking, and use of telephone while driving,” he said.

He solicited the support of the National Union of Road Transport Workers and other transport unions in sensitising their members to the need to adhere strictly to traffic rules and regulations.