Social Media Diverting Attention of Girls from Studies-Sultan of Sokoto 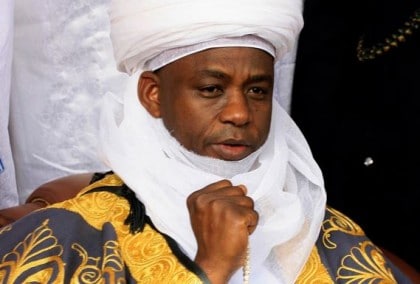 The , Alhaji Saad Abubakar III, has expressed concern at a development where social media are  diverting the attention of students in the country.

Abubakar expressed the feeling in Sokoto on Sunday at the closing ceremony of the 6th National Edition of the Quranic Recitation Competition.

The Sultan said:” There is a disturbing development where the attention of students is being diverted from their studies.

The traditional ruler urged youths, particularly girls, to stop spending too much time on social media at the expense of other engagements that would add more values to their life.

”The rate at which girls are spending time on social network is worrisome and this poses imminent danger to our society.

“Girls are the nerve centre of our moral and societal development and if they derail, the whole society will be in danger because they are our mothers and care givers.”

Abubakar advised parents to ensure that their daughters spend more time on meaningful things, like reciting the Holy Qur’an.

”Doing so will make them better mothers and care givers’’.

The monarch also urged Muslims to desist from doing things capable of tarnishing the image of their religion.

The Sultan, who congratulated the winners of the competition, donated N10, 000 to each of the 89 participants ,while the overall winner,  Husna Nura from Katsina State, got N100,000.

The sultan further promised to host the 7th edition of the competition in 2018.

In his remarks, Gov. Aminu Tambuwal said that the competition would encourage girls to memorise the whole sixty chapters of the Holy Qur’an.

The Secretary to the State Government, Prof. Bashir Garba, Tambuwal represented the governor at the occasion.

Tambuwal announced a gift of hajj seat to the overall winner of the competition in addition to N150, 000 and a deep freezer, among other gifts.

Other winners also went home with deep freezers and cash among other items.

NAN also reports that twenty two states participated in the competition which was deducated for non-Arabic Girls’ Secondary Schools and it was hosted by Sokoto State Government.( NAN)

CATEGORIES Religion
TAGS Alhaji Sa’ad Abubakar IIIhas expressed concern at a development where social media are diverting the attention of students in the country.The Sultan of Sokoto
Share This