Mohammed Ali, Saudi: The Saudi Arabia Minister of Information, Dr. Awad bin Saleh Al-Awad has reiterated the commitment of the Custodian of the Two Holy Mosques, King Salman bin Abdulaziz Al-Saud and His Royal Highness Prince Mohammed bin Salman, Crown Prince and Deputy Prime Minister and Minister of Defense to continue to provide the best services, security and safety for pilgrims coming to the blessed land. 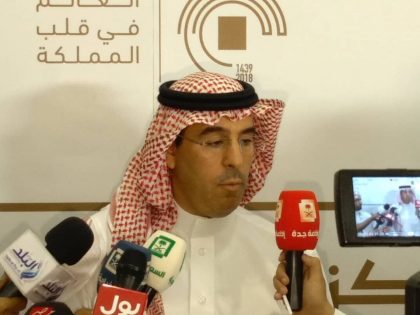 He was speaking when he visited holy cites for hajj rites including Arafat, Mina, Muzdalifah and Jamrat.
Dr Al- Awad said the Kingdom of Suadi Arabia will also be harnessing all the resources to facilitate  the performance of pilgrimage and access to the holy places for all Muslims without discrimination.

Pointing out that Saudi Arabia welcomes all Muslims of the world to perform this religious ritual, stressing its categorical rejection of attempts to politicize the Hajj or use it for purposes of disrupting this act of worship that is fundamental pillar of the faith.

The Minster who also inspected Media facilities put in place for coverage of the Hajj, explained that the equipment in several media centers are made available for journalists and media professionals from inside and outside the Kingdom.

He disclosed that the Kingdom is hosting more than 800 media professionals from across the world to cover the Hajj rituals and highlight them in a professional manner commensurate with the status of the rite and the efforts of the Kingdom of Saudi Arabia.

Provisions have been made to transmit the khutba in six international languages. This is in addition to the digital media centre for online audience.
The Saudi information ministry has therefore delpoyed more than 1,000 administrative, media, technical staff to facilitate the smooth coverage of the exercise.
Consequently, the Saudi Information Ministry chose the slogan THE WORLD IN THE HEART OF THE KINGDOM, which derives its spirituality from the prayer of Abraham.
The Minister of Information re-affirmed that the message of the pilgrimage is to affirm the message of moderation, renounce extremism and terrorism and promote the idea of ​​the humanity of Islam, and that Hajj is a platform for transmitting a message of peace, security.