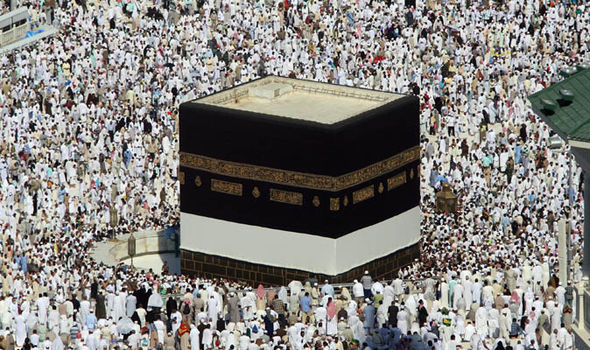 Nigeria’s contingent of 55,000 pilgrims to this year’s Hajj have moved to Mount Arafat on Sunday midnight to begin the Hajj proper in the Holy Land.

The movement began with pilgrims from Adamawa and Oyo states who had hitherto been camped along with their counterparts from the 36 states and FCT in Muna, few kilometres away from the Holy city of Makkah.

The Arafat movement, supervised by top officials of NAHCON and its Chief Executive Abdullahi Muhktar, was in batches after the commission formed committees to monitor the exercise.

Muhktar said at the inaugural exercise that the strategy of early evacuation of pilgrims was to reduce the harsh weather effect and allow pilgrims settle down for prayers and other rites.

He advised both officials and pilgrims to drink enough water and eat very well in view of the enormity of the exercise.

The Movement Team Leader, Dr Aliyu Tanko, told the News Agency of Nigeria (NAN) that the Arafat was the most important pillar of Hajj which every pilgrim must perform.

“Arafah is the Hajj and pilgrim that missed it has not fulfilled the fundamental pillar of the pilgrimage.”

Mukhtar had earlier confirmed to NAN that the figure of pilgrims for the Hajj was updated after the arrival of all, including the 18,000 allocated to tour operators.

The states had transported 38,000 through the NAHCON. (NAN)