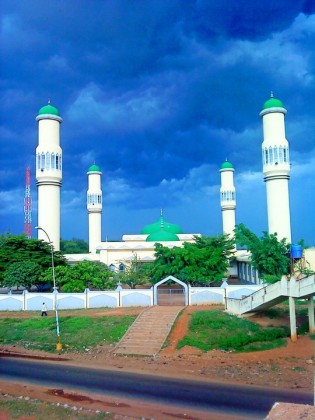 Governor Abubakar Sani Bello of Niger State and Chairman North Central Governors Forum has congratulated the Muslim faithful in the State, as the Ummah joined their counterparts around the world to mark the beginning of New Islamic Calendar 1442 AH.

Governor Sani Bello expressed gratitude to Almighty God for allowing them witness and celebrate the auspicious day of Muharam wishing the citizens of the State and Nigerians at large New Islamic Calendar full of peace, happiness and prosperity.

The chairman North Central Governors Forum in a new year message issued by his Chief Press Secretary, Mrs Mary Noel Berje enjoined the Muslim Ummah in the State to remain prayerful and conduct their affairs in accordance with the teachings of the Quran and Hadith

Governor Abubakar Sani Bello expressed optimism that the challenges confronting the State in particular and the country as a whole would soon be over as government is doing everything possible within the ambit of the law to address them .

” There is the need for a collective effort in nation building that is hinged on patriotism, Peace ,growth and development as well as continued corporate existence of the country.”

Governor Abubakar Sani Bello of Niger State and Chairman North Central Governors Forum also Urged Muslim faithful to use the boundless blessings attached to the beginning of the New Islamic Calendar to pray for the State and the country at large .

He called on the Ummah to fear Allah and pray for His divine intervention on the growing insecurity challenge in the state assuring that government will not relent in its efforts to bring an end to armed banditry and return relative peace to the affected communities.

The Governor urged Nigerlites to continue to support government and assist security agencies with useful intelligence as a necessary elixir in the collective fight against crime and criminality in the state.

The Governor reiterated his administration’s commitment towards improving the living conditions of the people.