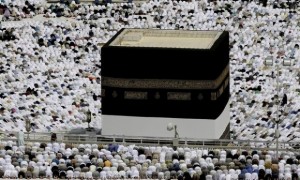 The Ministry of Hajj and Umrah affirms that the government of the Kingdom of Saudi Arabia always places great care and attention on the safety, health and security of pilgrims, and places this at the forefront of its priorities. In compliance with the purposes of Islamic Sharia in preserving the human soul, while providing all the necessary facilities that facilitate pilgrims to perform the rituals of Hajj and Umrah, and enable them to reach the holy places smoothly and easily, as the Kingdom has had the honor during the past ten years serving more than 150 million pilgrims.

In light of what the whole world is witnessing of the continuing developments of the emerging Corona Virus (Covid 19) pandemic and the emergence of new variants, the competent authorities have worked to monitor the global health situation, in order to ensure the performance and facilitation of Hajj rituals according to an optimal model, in light of the accelerating developments accompanying this epidemic. And the extent of the world’s countries’ progress in immunizing their citizens and residents, and the number of infections there, along with warnings of the danger of an increase in the spread of infection and injury in human gatherings, issued by the World Health Organization, and from the concerned authorities in the Kingdom and in many countries.

Given the nature of the crowds during the Hajj, which extends at different times in different and specific places according to the order of performing the rituals, which makes the application of the highest levels of health precautions a very vital matter, to protect the health of the pilgrims and ensure their safety.
It was decided to limit the availability of registration for those wishing to perform the Hajj rituals for the year 1442 AH to citizens and residents inside the Kingdom of Saudi Arabia only, through the electronic path for pilgrims that will be launched by the Ministry of Hajj and Umrah, in order to ensure the performance of rituals in health, security and safety, while adhering to regulatory controls, health standards and security requirements in All stages of performing the obligatory prayer, as follows:

The total number of pilgrims for the year 1442 AH (60,000 pilgrims), for residents of all nationalities and citizens inside the Kingdom of Saudi Arabia.
The need for the health status of those wishing to perform Hajj for the year 1442 AH to be free of chronic diseases.
-Performing the Hajj rituals for this year 1442 will be limited to age groups (18 to 65 years) for those vaccinated, in accordance with the instructions and procedures followed in the Kingdom for immunization categories (vaccinated, or vaccinated who completed one dose and spent 14 days, or vaccinated recovering from infection).
The Ministry of Hajj and Umrah also indicates that the Kingdom of Saudi Arabia, which is honored to host pilgrims every year, confirms that this arrangement comes out of its constant concern for the health, safety and security of pilgrims as well as the safety of their countries. Therefore, it has been keen to develop operational plans to achieve all requirements and the availability of all health standards. Which will be announced during the press conference that will be held today, emphasizing the need to follow all precautionary measures and apply them while performing the pilgrimage.