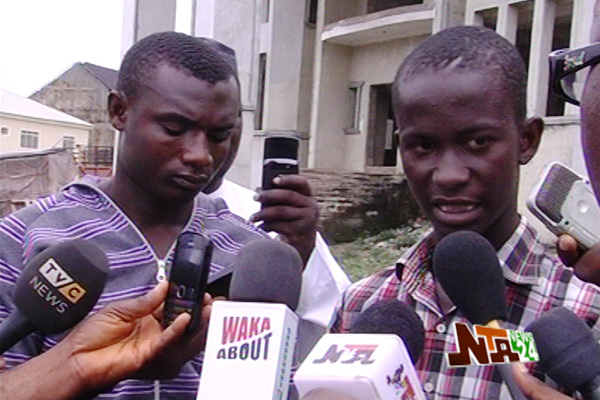 A team of security operatives have uncovered arms hidden in an uncompleted building behind Apo legislative quarters Abuja by suspected Boko Haram. In the operation, police sources confirmed the death of seven of the Boko Haram suspects and the arrest of twelve. I visited the site of the incidence and spoke to two of the arrested boko haram suspects