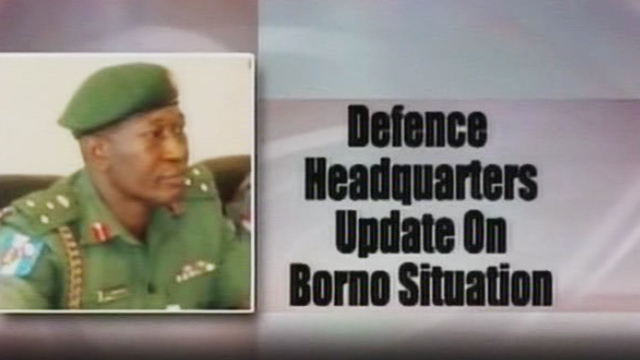 Update on Emergency in Borno

The Defence Headquarters says fourteen terrorists have been confirmed dead, twenty others apprehended while seven vehicles and thirteen telephone hand sets were recovered during different encounters between the insurgents and the special forces in Borno. Three Soldiers have died, seven others wounded and are receiving treatment at a military medical facility, while one Soldier is missing.

A statement issues by the Director Defence Information, Brigadier General Chris Olukolade states that the Defence HQ’s is satisfied with the high standard of compliance with operational order by the Special Forces. The statement noted that the dislodged terrorists are in disarray as many of them head towards the border while the Special Forces continue to advance and attack their identified camps.

The Defence HQ’s assures the public that the forces will maintain their robustness of patrols and ensure that civilians are kept out of harm as much as possible, as they continue to engage the heavily armed terrorists.