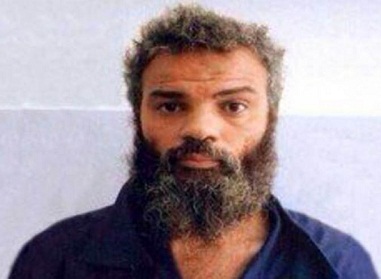 Who is Ahmed Abu Khattala?

Ahmed Abu Khattala (born c. 1971) is a Islamist militia commander in Libya, a commander of Ansar al-Sharia militia. He is suspected of participating in the 2012 Benghazi attack on the American diplomatic mission at Benghazi, in which the American Ambassador and three other Americans were killed. In a December 2013 investigation of the attack, the New York Times described him as a central figure. Abu Khattala denies killing the Americans or being part of the attack.

Abu Khattala spent most of his adult life in Abu Salim prison in Tripoli, jailed by the Qaddafi government for his Islamist views. During the uprising against Qaddafi in Libya, he formed his own militia of “perhaps two dozen fighters”, naming it Obeida Ibn Al Jarra for an early Islamic general. He later became involved in Ansar al-Shariah, a “group of as many as 200 militants” who, had broken away from the other militias in 2012 in protest of those militia’s support for parliamentary elections in Libya. He opposes American involvement in Libya and in interviews with the New York Times stated that “the enmity between the American government and the peoples of the world is an old case.” In regards to the role of the air campaign of NATO that overthrew Colonel Qaddafi, he believes that if NATO had not intervened, “God would have helped us.” He also claimed that, “We know the United States was working with both sides” and considering “splitting up” Libya.

Witnesses of the September 11, 2012 attack on the American diplomatic compound in Benghazi say they saw him leading the attack. On 6 August 2013, U.S. officials confirmed that Abu Khattala had been charged with playing a significant role in the attack. According to NBC, the charges were filed under seal in Washington, DC in late July 2013.

On the weekend of June 14 to June 15, 2014, U.S. special forces, in coordination with the FBI, captured him in a covert mission in Libya.