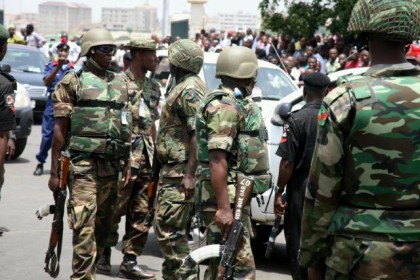 Troops today arrested the master mind of the Jos and Zaria bombings at a checkpoint in Gombe. The military and Department of State Security operatives had trailed him until he was apprehended while trying to evade arrest inside a trailer at Dadinkowa check point in Gombe.

The highly placed terrorist was arrested with 2 others who were in his company. One of them was however shot while trying to escape.

The arrested suspects have been moved to another location for further interrogation.

NEWER POSTPresident Muhammadu Buhari vows to reduce unemployment through reviving local Industries
OLDER POSTUS Plans to Cut 40,000 Soldiers from its Ranks over the Next Two Years