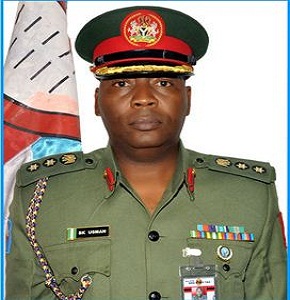 The Nigerian army say the new strategies adopted against the terrorists are paying-off as many of them have surrendered , which shows great panic and  widespread confusion among boko haram insurgents. This is contained in a statement by the Acting Director Army Public Relations Officer
Colonel Sani  Usman.

The statement notes that the sustained offensives, pre-emptive air strikes and routes blocking by the ground troops are
snuffing out boko haram terrorists.It adds that other strategies of deradicalization of the surrendered innocents ones after screening seemed to
have weakened the Boko haram ranks.It warned those that are yet to surrender to do so as  surrender is the only option opened to the terrorists now.The statement also commended the citizensfor their cooperations and support especially in giving them information. The army assures that the new strategies will  Boko Haram and terrorism to a speedy end.