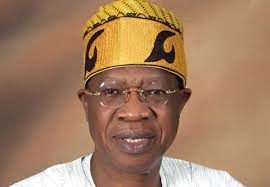 The Minister of Information and Culture, Alhaji Lai Mohammed has debunked media reports that the Islamic Militants Group, Boko Haram is demanding fifty million dollars from government as ransom to release the abducted Chibok girls.

In a statement in Abuja, Alhaji Lai Mohammed said President Muhammadu Buhari was committed to his promise to ensure that the school girls were released.

The Minister of Information and Culture who said that ransom reports were not new on interviews with Voice of America, explained that those were several versions to the purported report.

He said the one government heard came from a source that Boko Haram wanted to release ten of the girls for one million Euros.

The Minister said until government establish the credibility and the truth behind it government would not be in a hurry to respond to such demand.

Alhaji Lai Mohammed, who said accusations that the Buhari administration was not doing enough to secure the release of the more than two hundred Chibok girls were unfair, gave an assurance that the return of the girls would bring an end to Boko Haram terrorism in the country.