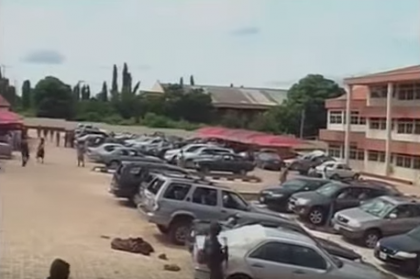 The police said 94 suspects have been arrested in connection with the destruction of properties in Auchi Polytechnic following a protest by the students of evening programme.

The Edo State Police Commissioner, Chris Ezike was speaking on assessment tour of the destruction in the polytechnic.

On Assessment of the damage done by the students, was at the e-learning center, where over 48 laptop computers were catered away by the protesting students and others destroyed, the central library, the Ecobank ATM machine, the management information system of the school as well as school of information and communication technology where almost all the offices and departments were vandalised.

Chris Ezike who disclosed that 161 vehicles were destroyed, condemned the action of the students.
The 94 suspects, including two female students have been arraigned before the magistrate court 2 in Auchi, while further investigation is ongoing