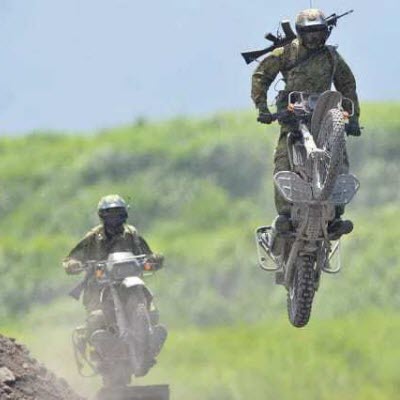 Federal Government has urged retired Military officers to collaborate with their serving colleagues in the fight against insurgency in the country.

The Minister of Defence, Brig.-Gen. Mohammed Dan-Ali (Rtd.) made the appeal at the passing out ceremony of military retirees at the Nigerian Armed Forces Resettlement Centre (NAFRC), Lagos.

Represented by Mrs Iro Ikenga, the Director Army, Ministry of Defence, also urged retirees to work with members of the military, even in retirement, to tackle insurgency in the North-east.

`You all know that the issue of security of our country in recent times is at its critical stage, as the military is now contending with insurgents in the North-east.

“You might also be required to collaborate with other security agencies of our father land to completely eradicate this threat of insurgency.

“And other criminal activities in our society,” Dan-Ali said.

He said that President Muhammadu Buhari was committed to ensuring that service personnel were properly resettled after years of meritorious service to the nation.

“The government has continued to vigorously pursue a policy of due process, aimed at ensuring transparency, accountability and rule of law.

“This in no doubt will culminate in the transformation of all spheres of our national life.

The minister advised the retirees to be prudent in the management of their retirement benefits, especially in the face of scarce human and material resources.

He, however, urged them to always exhibit exemplary character and to be good ambassadors of the military.

“You must uphold the highest standards of conduct, character, integrity, excellence, service and team work.

“As worthy ambassadors of the service, you will be held accountable for these standards even in retirement.

“You must therefore spread these values and virtues wherever you find yourselves,” he said.

The commandant of the centre, Air Vice Marshal, Mike Iloenyosi told the retiring personnel to be circumspect, as the society in which they are transiting to would expect much from them.

“You will be required to prove your worth in the way you relate within the community where you reside.

“For those of you that will go back to your country homes, you must be interested and be involved in any security arrangement within your community.

“’This is in view of the internal security challenges plaguing our country,” he added.

He also urged them to uphold the ethics of the military which include respect for constituted authority.