The Inspector-General of Police, Ag.IGP Ibrahim Idris, NPM, mni has appointed CSP Jimoh Olohundare Moshood as the Deputy Force Public Relations Officer, he takes over from CSP Sogbeba West who has since been posted to Rivers State Command. 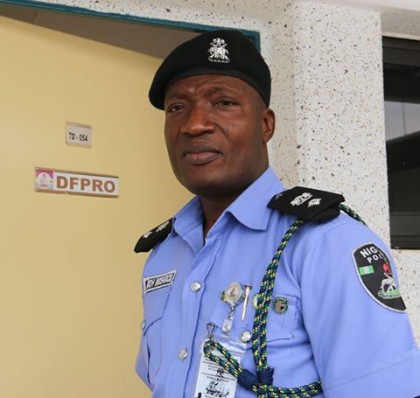 He attended several courses within and outside the Country few of which are Crime Prevention Of Korea Police, At Police Training Institute, Seoul South Korea, Training Course on Anti – Hijacking Techniques and Tactics for Developing Countries at Special Police Academy, Beijing, China. He is also a member of Africa Business School Abuja and Associate Fellow of Institute of Corporate Administration Of Nigeria.

The officer has served in various capacities in the Nigeria Police Force as DPO Central Area Abuja between 2012 – 2013 among others, until his recent appointment was the Chief Superintendent of Police in charge Department of Finance and Administration, FCT Abuja. He has since assumed duty as the Deputy Force Public Relations Officer for the Nigeria Police.