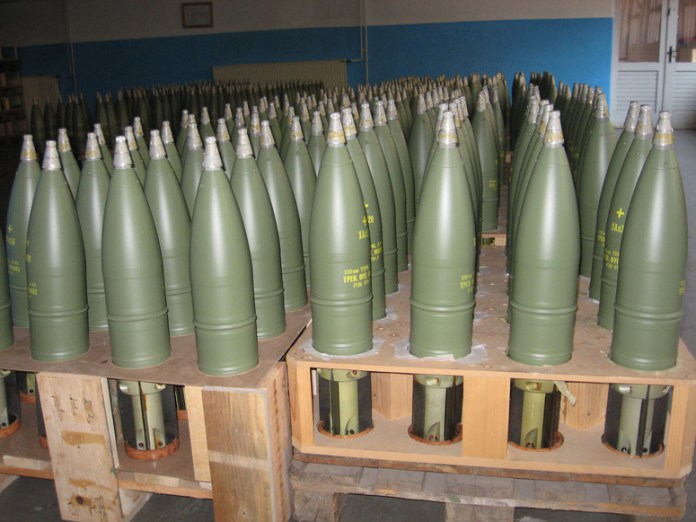 The Nigerian Army Ordnance Corps said it has completely destroyed obsolete and unserviceable ammunition belonging to the Nigerian Navy, in order to avert a repeat of 2002 explosion at the Ikeja Cantonment Ammunition Transit Dump (ATD).

It was gathered that the munitions were a big threat to Lagos, especially communities located around the Navy Town, as the weapons have the strength and capability to do more damage than what was witnessed at the Ikeja Cantonment in 2002.

The Army Ordnance Corps said the destruction was carried in an exercise code-named Exercise Ground Thunder which was aimed at reducing the risk associated with the continuous storage of obsolete and unserviceable ammunition in order to avoid the unpleasant incident of Ikeja bomb blast of 2002.

The destruction, which held at the Alamala area of Ogun state, it was gathered, saw many officers of the Nigerian Army Ordnance Corps and the Navy Ordnance Depot taking risk to ensure a proper demolition of the weapons.

Initially, it was gathered that the exercise was designed to last for six months and to involve foreign ammunition experts, but due to the professional competence of the technicians and experts from both Army Ordnance Corps and Naval Ordnance Depot, the exercise ended seven weeks ahead of the scheduled time.

The Commander, Nigerian Army Ordnance Corps Major General Rasheed Yusuf said that base on the magnitude of the work done, the exercise could be considered the biggest ever demolition exercise to be undertaken by any military in Africa.

He commended the participants for a successful job and thanking the Chief of Army Staff, Lieutenant General Tukur Buratai and the Chief of Naval Staff Vice Admiral Ibok Ette Ibas for their support throughout the exercise

Earlier the Director of Ammunition of the Corps Brigadier General A.S Ibikunle observed that the aim of EXERCISE GROUND THUNDER had been achieved when the entire demolition ground was declared free from explosives on July 10.

He stated that the corporate social responsibility performed within the community located around the vicinity of the demolition thanking members of the community for their support throughout the period.

Also speaking at the event, the Admiral Superintendent of Naval Ordnance Depot Rear Admiral Samuel Paul said completion of the demolition was a great feat as the navy was initially skeptical that the exercise could be carried out by the army.

He thanked officers and men of the Nigerian Army Ordnance Corps for successfully carrying out the exercise with only officers drawn from Nigerian military.