Chibok-based Socio-cultural group on the platform of Kibaku Area Development Association, on Wednesday commended the willingness of the federal government to negotiate and secure release of abducted schoolgirls from Boko Haram. 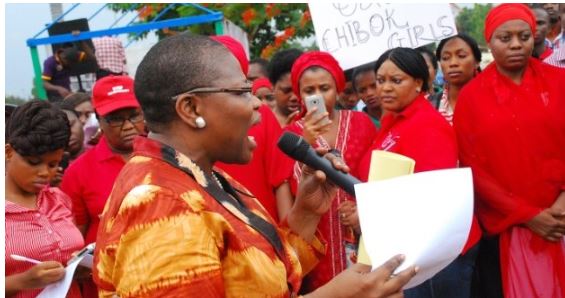 The National Secretary of Kubaku, Mr Muhammad Askira, made the commendation in an interview with the News Agency of Nigeria (NAN) in Maiduguri.

Askira said that the hope of the parent and to reuniting with thier wards was redeemed following the pronouncement of the federal government to nogotiate with Boko Haram.

“It is the obligation of the federal government to use every available opportunity given to secure the rescue of our daughter.

“If the Boko Haram are sincere with what they have said, we believed our girls would be surely rescued.

“We are forever indepted and greatful to President Muhammadu Buhari for his empathy, commitment and political will in the fight against the insurgency.

“It was due to his effort and that of his service chiefs that one of our daughter was rescued. Unlike in the past government who deliberately ignored and refused to do anything to rescue our girls.

“We therefore, commended the military in diong a very good job in rooting out the insurgents from thier hide out.

“We have the hope that sooner or leter, the release of the girls would be secured and they will reunite with thier families.

More than 270 girls were abducted in their Government Girls Secondary School in Chibok, Borno state on April 14, 2014 by insurgents.

A few of the girls found themselves off the hook, remaining at least 217 in Boko Haram’s sect enclaves.

Various attempts to rescue the girls have failed, but recent events show that the present government was taking all available steps to recover the girls.

President Muhammadu Buhari had offered to negotiate with credible and verifiable leaders of the Islamists to secure the release of the girls.

The government has also agreed to trade in some Boko Haram’s prisoners in exchange for the girls.