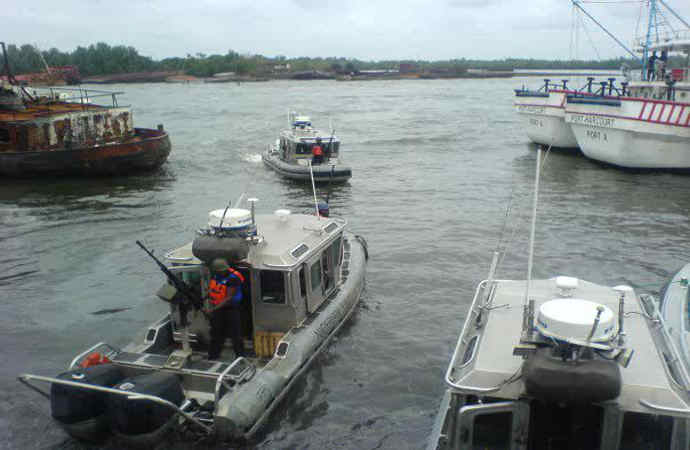 He told newsmen in Enugu that the recoveries were made during a military exercise and that many of the criminal fled with various degrees of injury.

He said that 38 camps belonging to the militants and 91 illegal refineries, including bunkering sites and underground tunnels used by the suspects, were destroyed in the 10-day exercise.

“The precursor operations were followed by `Exercise Crocodile Smile’ proper, which was orchestrated and conducted with sequencing and lines of operation to upgrade the skills, expertise and competence of the troops in land and riverside environments.

“Over 3,000 soldiers were deployed along two axis on land, creeks and the general littoral area of the Niger Delta region, while forward-operating bases were established from where operations were conducted along the creeks and littoral area,’’ he said.

Attahiru, however, regretted that four soldiers died during the exercise, explaining that three lost their lives in a boat mishap while one died during cross fire with the militants.

He said that the exercise was also used to cement relations with civilians through humanitarian services in neighbouring communities.

“Books, stationeries and generators were donated to some schools while others were given facelift and infrastructure improvement.

“The effects of these humanitarian programs were immediately felt in the peaceful and warmth relationship that existed between troops and local communities throughout the exercise period,’’ he said.

The GOC said that collaboration between the army and other security agencies, including the Navy and Air Force and Police, had remained “very emphatic’’.

He revealed that the recent voluntary handover of arms and ammunition by militants and criminal elements in Imo and Rivers had direct bearing with the exercise.

“By and large, the exercise was a huge success as those engaging in economic sabotage were stopped during the period, while a number of criminals, militants and economic saboteurs were also arrested,’’ he added.

The News Agency of Nigeria (NAN) recalls that the operation was largely carried out in Bayelsa, Cross River and Rivers as well as some states within the supervision of 82 Division of the Army.