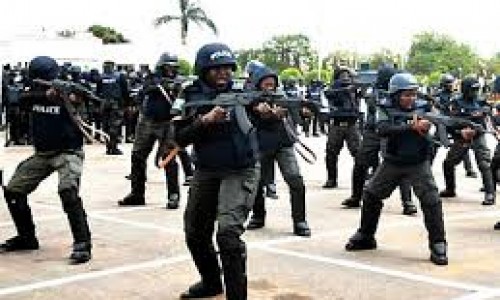 WARRI, Delta State (AP) — Nigerian Police had rescued 14 kidnapped Nigerian oil workers and their driver after a gun battle that wounded several of their abductors in the oil-rich Niger Delta, a spokesman said Sunday.

Police Deputy Superintendent Nnamdi Omoni said police acted on intelligence to attack the kidnappers “den” in an operation that began Saturday and ended Sunday evening. The kidnappers escaped and none were arrested although several were wounded by police gunfire, Omoni told The Associated Press.

One of the kidnap victims was in a state of shock and was taken to a hospital for treatment, Omoni said.

The kidnappers had demanded a ransom of 100 million naira, which is about $322,600. It was unclear if any money was paid.

Kidnappings of Nigerians and foreigners are common all over this West African country. In the southern Niger Delta, kidnappings are carried out by common criminals as well as militants demanding a greater share of oil riches for locals residents.

Hostages are usually released unharmed after ransom payments are made.