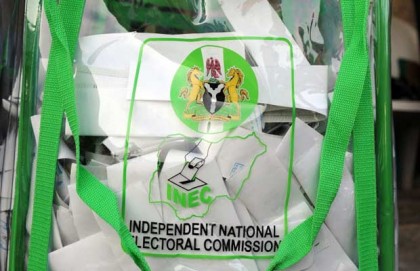 The Independent National Electoral Commission (INEC) has dissociated itself from the reported arrest of several persons printing INEC election result sheets. It said it did not commission the alleged company involved or anyone in Rivers state to print any electoral material for it.

The clarification was contained in a press statement signed and issued yesterday, (8th November 2016) by the Secretary to the Commission, Mrs. Augusta C. Ogakwu.

The statement stressed: “The Commission hereby states categorically that it has no knowledge whatsoever of this reported printing and did not commission the company allegedly involved or anyone in Rivers state to print electoral material for it”.

The Commission said that the grave allegation of complicity in the act of illegality is of great concern to it. INEC made it clear that: “it is liaising with the Security Agencies, particularly the Police, to unravel the circumstances surrounding this fraudulent activity. It stressed that: “the Commission is committed to ensuring that a thorough investigation is carried out”.

Addressing the allegation that the Commission had only disclosed the list of areas where the re-run elections would hold to a particular party, INEC said : “in line with legal requirements, ALL Political Parties and contestants in the Rivers state elections as well as other stakeholders, were given a list of all Senatorial Districts, Federal and State Constituencies as well as all Polling Units where the re-run elections are to take place”.

Recalling the loss of a serving National Youth Service Corps member, and other acts of violence that had characterized previous attempts to conclude the elections in the state, the Commission appealed to stakeholders in Rivers state to “maintain temperate language in their comments and engagements regarding developments in the state”, as it prepared to conclude the elections.

INEC further stressed that false, frivolous and unsubstantiated assertions that had the potential of eroding or undermining public confidence in the Commission’s activities were unacceptable. It reiterated its commitment to conducting free, fair and credible elections in Rivers state.