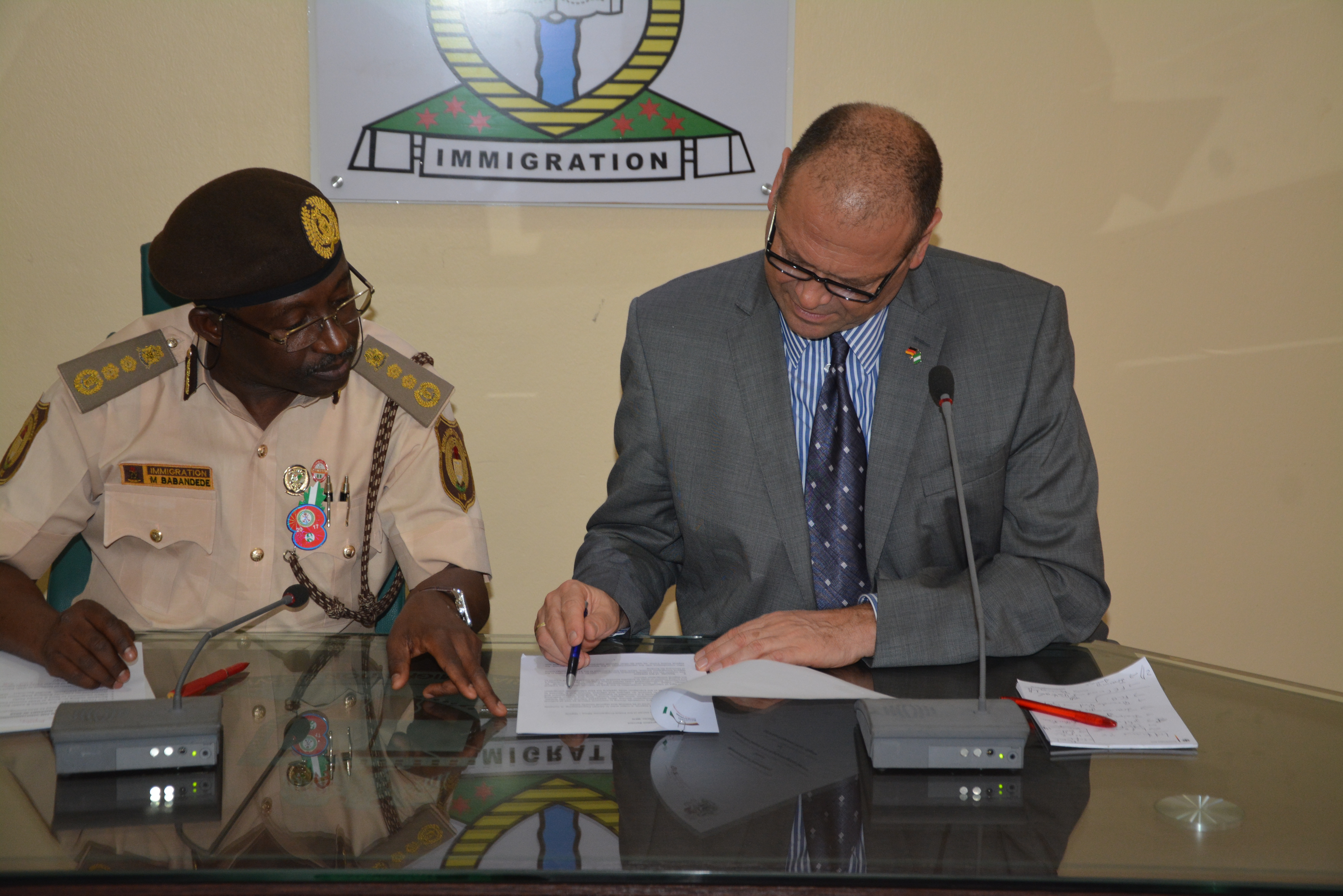 Ekpedeme King, Comptroller of Immigration Service PRO: The Nigeria Immigration Service (NIS) on Wednesday 7th December 2016 signed a Memorandum of Understanding (MoU) with GIZ Police Programme Africa, representatives of the German Government on support programme for the NIS in the area of institution reform through capacity building.

In his brief remarks at the ceremony which took place at the NIS Headquarters in Abuja, the Comptroller–General of Immigration, Muhammad Babandede recalled that GIZ had early in the year visited Sokoto and Kebbi State Commands after which it donated patrol vehicles for the enhancement of security at the border in North West Nigeria. He added that as promised when the donation was made, the vehicles were put into good use. This resulted in the rescue of victims of human trafficking and irregular migration.

The CGI also said the essence of the collaboration between NIS and GIZ was to fortify the template designed to enforce border security and control. Speaking further, he said “today I am delighted to inform you that the Federal Government has given approval for the NIS to purchase 160 patrol and staff vehicles. In line with this development and the spirit of the MoU, a chain of activities has been put in place which shall culminate in the launching of a redefined border management policy in the first quarter of 2017. According to the CGI, this was the thinking of President Muhammadu Buhari at United Nations General Assembly in September 2016 when he engaged world leaders on safe migration and its benefits to African migrants. The Immigration boss concluded that by the terms of the MoU, the project is to end in 2018.

Earlier, the Country Director of GIZ, Dr. Thomas Kirsch, said that “the MoU seeks to include civil societies and local communities in the project in order to build up acceptance and cooperation between security agencies and the population in border areas. He described the NIS as an institution that addresses internal security threats” while at the same time committed to improving migration management and training to become efficient and effective in applying the best international immigration standards.

The MoU was signed by CGI Muhammad Babandede for the Nigeria Immigration Service, while Dr. Thomas Kirsch signed for his organization.